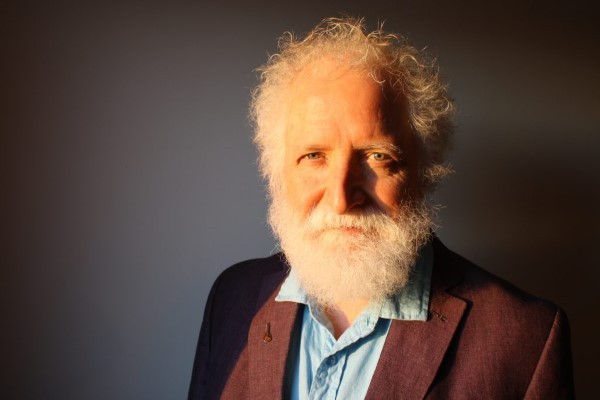 We have decided to chat with some of the artists that are set to perform on the 19th installment of this prestigious festival. We chatted with Suzie Vinnick earlier, and now we caught up with Ken Whiteley.

Check out his newest album, Calm In The Eye of the Storm below, and find out more about Ken via our mini-interview.

I’ve been deeply immersed in folk, blues, gospel, and other roots traditions for well over fifty years. In that time I’ve recorded 32 albums, written over 400 songs, appeared at many dozens of folk festivals all over North America, received a Canadian Folk Music Award, 7 Juno nominations, 18 Maple Blues nominations, and Lifetime Achievement Awards from the Mariposa Folk Festival and Folk Music Ontario. I’ve also produced another 150 recordings by other artists including Juno and Grammy winners. I was once described as “wearing too many hats to start any new trends in headgear” but for me, music is a vibrant way of celebrating our connection.

You will be taking part in the upcoming 19th edition of Winterfolk, how does it feel to be a part of such a long-running festival?

Winterfolk has been a wonderful contributor to Toronto’s cultural scene over its 19 years. It’s so great to have a chance to bring artists together in the winter. I love it’s a very “real” atmosphere, feeling up close to artists, not the big hype of some of the grander festivals like Winnipeg or Edmonton. I’m delighted they’ve found a way to present themselves this winter when all of us musicians (and hopefully audiences) are hungry for a chance to play for each other.

This year, Winterfolk will be virtual for the first time, due to the ongoing Pandemic, does this change your strategy for preparing your set?

I’ll be playing with my son, Ben Whiteley, which I’m really looking forward to. In a non-pandemic situation, he’d probably be off performing with Basia Bulat, Julia Jacklin, The Weather Station, Sarah Harmer, or any of the other acts he tours with. While I will be including songs from my newest album, Calm In The Eye Of The Storm, my big goal is to have fun playing with Ben, knowing that when we’re having fun an audience will too. I will miss getting everyone to sing along though, which is usually an important element of my performances.

What can someone who has yet to see you live expect to see from your performance?

During my performance, I’ll be playing six and twelve strings and my old metal body, National slide guitar. I’m a powerful singer, excellent instrumentalist and write songs that speak to both our personal/spiritual and political/social dimensions.

I’ll be “broadcasting” from my studio so the sound should be excellent.

We’ve been singing and playing music every night at 7:30 on our street since March 19, 2020. That’s over 300 nights! We sing two songs, shout out to frontline workers and everyone else that deserves recognition. Everyone is more than 6 feet apart and we may have to take a break if the snow gets real heavy and cold, but for now, we continue.

I’ve also started working on a new recording project, writing some new lyrics to a collection of well known, old folk songs. I’ve been mixing up traditional instruments like an autoharp and fretless banjo with echoey electric guitars and Hammond organ.