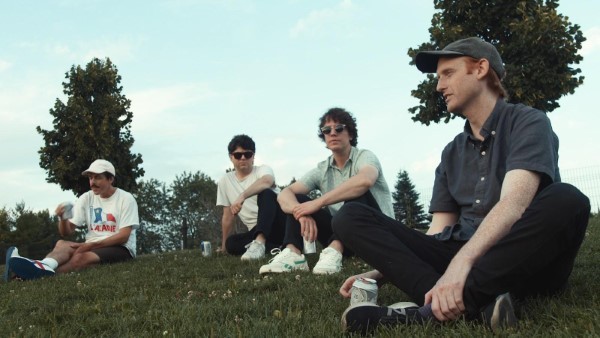 Kiwi Jr. has delivered the official video for “Maid Marian’s Toast.” The new track is a standout from Cooler Returns, the band’s latest album which is out now on Sub Pop/Kiwi Club. The new video “Maid Marian’s Toast” was comprised of behind the scenes studio footage and socially distantly filmed moments as explained by Jeremy Gaudet;

“Footage was compiled from behind the scenes filming of the Cooler Returns recording sessions during the pandemic. Shot in July by director Sean Egerton Foreman and Johan Arthurs, the studio was sweltering and shorts were the only option.”