Five Questions With The Expired Lovers 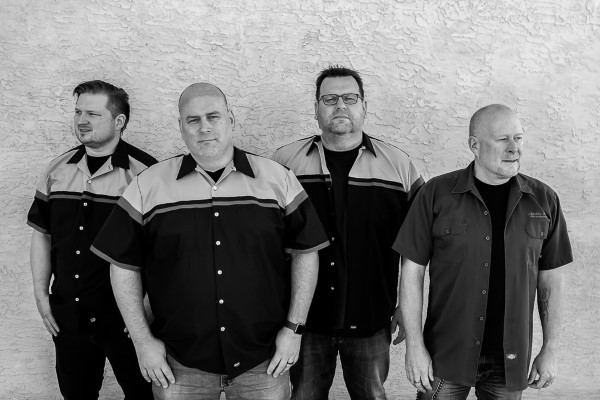 Calgary, AB-based four-piece power-pop/rock band, The Expired Lovers have recently unveiled their new single, “Solid Ground”, along with a video to accompany the release.

Although the band was brought to life in 2008, and released three albums, by 2013, the band essentially went into hibernation (children, family, and life), but then in 2019 the band resurfaced, and now they have released this single, the first in over seven years.

Check out “Solid Ground” below, and find out more about the band via our Five Questions With segment.

We are a pop-rock band. We actually like the term prairie-pop as many bands that influenced us are from right here on the prairies and we think there’s a unique flavouring to that brand of pop-rock. In terms of writing style, I guess I would describe us as a guitar-driven sound with a pop flavouring and melodic hooks that will bend your ear without breaking it. We are highly influenced by many 90’s bands, so I think that can’t help but come through.

Lyrics are really important. I think they can make or break a song. We all have slightly different writing styles and musical tastes and backgrounds, but for me (Kirk) I often begin with a line in my head and build a song around that. We like to try and get that hook in your head, where you’ll walk away singing our tune after you hear it…. At least that’s our hope.

Well, we were able, for part of these strange days we are living in, to get together and record a couple of songs. That’s always a fun and creative process. We really enjoyed working with our Producer, Brad Steckel. He really helps bring out the best in our songs and is great to work with. So we were able to do that and have a bit of time together, which was great.

It’s admittedly been tough as the creative process for a band is inherently based on connection, which the Pandemic has limited. With that said, like many I assume, I think we run the gamut from trying new ways to connect like Soundtrap to sometimes struggling to find the motivation to pick up a guitar with some focus on the world around us. It has definitely yielded some new songs from a solo writing perspective. Now we just need to be able to get together to shape and mold those new ideas into a polished product.

Great question. This is one I always like to hear from fans what songs resonate with them. With that said I think we would suggest our new single, Solid Ground. The band went on a bit of a hiatus in 2013 with members getting married and starting families and such. During that period we’ve all grown a lot. I think Solid Ground encapsulates that story of going through change and growth and understanding who we are, both as individual and who we are as a band. So yeah, we’d suggest Solid Ground, but would certainly encourage folks to check out the rest of our catalogue.

As I mentioned, we love the term prairie-pop to describe our sound. We have been heavily influenced by bands across the prairies like Zuckerbaby (their singer Andy Eichhorn is a great writer and influence who just released a fantastic EP); The Northern Pikes (who released a great album – Forest of Love  – last year); Jason Plumb (of The Waltons) is another writer we really enjoy. Other Canadian acts that have influenced us a lot include TPOH, Sloan, Lowest of the Low, and The Weakerthans.  Back in the ’90s, there were some great local Calgary bands that really resonated as well like Rhuban Phero, Difference Engine, National Dust (Lorie Matheson) among others. There are so many I could keep naming, but I will leave it there.