By Shayla Obrigewitsch on February 1, 2021 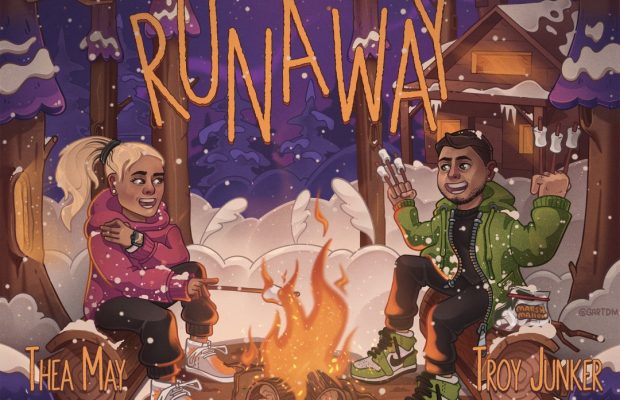 A new collaboration titled “Runaway” was just released by Canadian Ojibway singer-songwriter Thea May, and Canadian Métis rapper Troy Junker. “Runaway” is an uplifting track which catches the listener’s attention from the first line and allows anyone to connect to the song.

On his lyrics, Troy Junker shares:

“To me, Runaway is like the fantasy of reconnecting with someone on such a deep level that you’re willing to drop everything and run away with them. I wrote my lyrics with a vulnerable approach so both men and women can relate and live through the lyrics in their own lives.”

Thea May has said:

“Something was just giving me nostalgia that day. I started to hum the first verse in my head while Luke was looping the riff and then I was singing about rekindled love. Who knows who this song was subconsciously meant for, LOL.”

“Runaway” also features guitarist Luke Smith and was produced by Mike Tompa. Troy and Thea had previously teamed up for singles “We Up” and “Colours” last year.