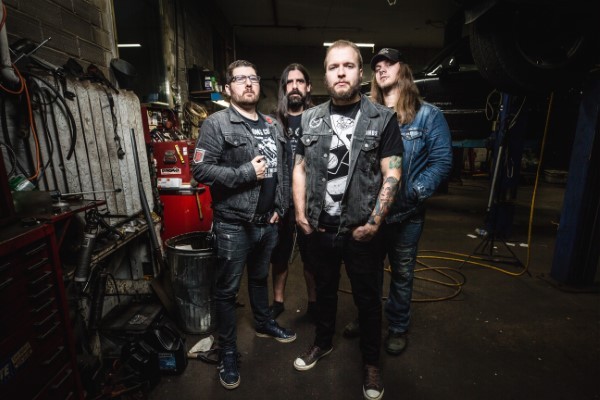 Moncton, NB-based band, The Motorleague is back with their new single, “Dischordia”. With Grammy and Juno Award-winning producer Eric Ratz behind the board, and a guest appearance by Brian Bryne, formerly of I Mother Earth, sharing lead vocal duties, the single helped rejuvenate the group following the introduction of a new rhythm section.

“Heading into the studio, it felt like the four of us were all on the same page,” singer-guitarist Don Levandier says. “As a band, we were gelling well, which helped make the session exciting and fun. It ended up being a positive, enjoyable session, and I think that comes across in the song.”

“In the whole world of rock they are a shing light,” says Byrne. “From my perspective, this band should be so big.”

When it came to the single, Levandier says they took some well-heeded advice offered by Ratz during the making of their last full-length album, Holding Patterns.

“We learned so much from Eric, but the one thing that stuck with us the most was his suggestion that we really needed to hone in our style. With our previous efforts, we were guilty of straddling different genres from song to song. And while we didn’t completely abandon that with “Dischordia”, it also felt like we had finally found our sound. That was a big shot in the arm morale-wise.”

Check out the lyric video for “Dischordia” below, and stay up to date with the band via their socials.