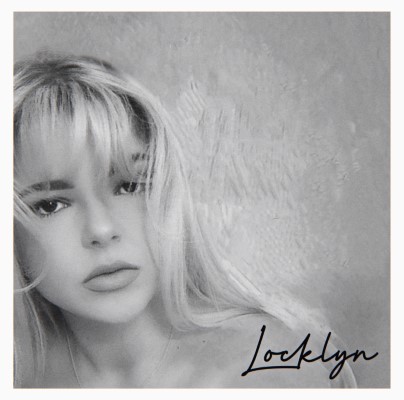 According to the artist, it will allow her supporters to understand who she is and how she has been waiting for this moment her entire life. Locklyn has worked with various artists and worked on the upcoming album with Hollywood SOS and Gregory Grindz. Although many discouraged the release, owing to the fact that she is still at the beginning of her career, Locklyn felt that the world needed to start knowing who she really is and where she stands in her life path at the moment.

“When diving deep into the meaning behind each song, it is shown that the lyrics reflect on my personal growth and self-worth. Many cope with troubled times differently, but I resort to music. When listening to my album, I hope that my supporters and people who discover me are able to enjoy and connect on a deeper level,” she said.

Her musical inspirations come from Beyonce, Miguel, and Bruno Mars, which can be heard through her powerhouse vocals and HipHop production.

Growing up, Locklyn loved to entertain family and friends. At the age of 12, she took her first steps towards achieving her musical dreams by performing at the Rivoli & Al Green Theater with her then vocal coach Ryan Luchuck. The artist lost her father at age 15. This led her to have an appreciation for how short life can be. Therefore, Locklyn is determined to make every second count and pursue her dream of being on stage in front of a crowd while hearing them sing her songs back to her. Following the release of this album, Locklyn will release singles.

On “Locklyn”, here’s what she had to say.

Why did you recently decide now was the time to create and release the album?

I was already creating an album before COVID hit back in early 2020.  With everything that has happened in the past year, I strongly felt it was time to share a body of work to bring as much positivity to everyone that listens to the album!  I hoped by releasing this album now would give people a chance to relax and enjoy some music!

In today’s music industry, emerging artists are usually encouraged to release singles. Why did that not seem like the right decision for you at the time?

I’m not a believer in following the crowd.. when deciding on either releasing 10 singles or a full album I felt that these songs were written in the same time period.  I wanted them all to be taken in at the same time and not all separately. They all represented that moment of my life!

You sing and even rap in some songs. How did you determine which vocal technique you’d use for each song?

It’s really just a flow.  When coming up with new songs we never really knew what’s going to come out.  We would listen and create and then recreate and then just roll with it!

What was your songwriting process like? Where did you mostly draw inspiration from?

My first EP, Rel8te was created while I was still getting to know the music business.  Being very green at the time, I just went with what was put in front of me.  I never knew the different ways to writing and creating music.  I was then introduced to  Hollywoodsos and Gregory Grindz.  This combination of talent allowed me to jump in the booth and freestyle write! All of my music is a self-reflection and I draw all my music from my life experiences!

How did you decide the musical vibe you were going for? Why did that genre seem to fit your style?

I’ve always been R&B Soul.  It just fits me and my style.

As an artist and a human, it takes a lot of time to find out who you are as a person.

Before even writing this album, I sat down with my team and we spoke about what was going on in my life, who I am and how I’ve been handling day by day….And from there we made my self-titled album.

What can listeners expect from your singles?

Listeners can expect more growth in the new singles to come.  I am constantly learning and perfecting my craft!

Yes, I have a few music videos dropping for this album!