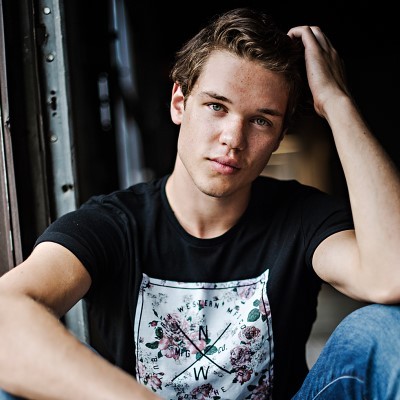 Born and raised in Kitchener-Waterloo, now based in Toronto, Keenan Smits has unveiled his single, “Endgame”, which is reminiscent of 2000s power pop.

“Endgame”  is an infectious anthem about falling for a friend and knowing that despite ups and downs, that undeniable chemistry is there and you’re meant to be together.

After spending four years honing his skills at the prestigious Sheridan College Music Theatre Performance Program in Oakville, Ontario, Smits was poised to enter the professional theatre world when COVID-19 brought the industry to a halt. With no stage work on the horizon, Smits channeled his creativity and musical talents back into his first love: pop music.

“Creating original music has always been part of my plan. I’ve been collaborating with other artists and working on my songwriting for years, but when the pandemic hit, it seemed like the perfect time to take the next step. I’m super excited for people to hear this first single,” says Smits.

Check out the lyric video for “Endgame” below, and find out more about Keenan via our Five Questions With segment.

Hey all! I’m Keenan Smits. I’m a singer, songwriter, and theatre actor from Kitchener-Waterloo, currently living in Toronto. Growing up, I always loved putting on shows, making people laugh, and just being a bit of a goof. Being a performer came pretty naturally to me, but I really found my passion for music after I met my best friend, Ben Skipper (a fellow theatre artist). He took me to my first dance class and eventually to my first musical theatre audition. Not long after that, when I was a scrawny 13-year-old kid, I found the local pop choir KW Glee, and that was where I worked on my voice and began developing my skills. Being on stage, singing, dancing, and seeing the audience light up made me realize that performing was something that I wanted to pursue professionally. Thankfully, I was really fortunate to be accepted to Sheridan College for their musical theatre performance program, which took my skills to the next level and introduced me to some amazing fellow young artists. Inspired by all the creative energy around me on a daily basis, I spent my time in college writing and collaborating with as many of my friends as I could. I was also really lucky to work on some very cool new musicals including the Canadian premiere of Stars of Mars, the workshop of Pump Up The Volume, and the Toronto Fringe show Unravelled. Working on new Canadian musicals and creating new music is something I really love. While musical theatre holds a special place in my heart (especially after graduating so abruptly online during COVID last spring), I’m also super passionate about pop music and I’m excited for everyone to hear what I’ve been working on.

When I first started songwriting, it was always such a solitary thing. Just me in my room alone trying to put some ideas together. If my time at post-secondary has taught me anything, it’s that sometimes you can’t come up with the best ideas on your own … collaborating with other artists can take an idea to a whole new level. With lockdown, I’ve been working with some virtual songwriting groups and meeting lots of other songwriters from all over. I met Matt Koebel last summer and had the pleasure of working with him and some other songwriters on this track. The production for ‘Endgame’ pairs a synth-driven chorus with classic 808 drums to create a euphoric pop sound that is influenced by the keyboard and drum styles of the 80s but with a modern twist. There are times when it reminds me of something like ‘The Middle’ or ‘Thank U Next’ and times when it feels like a full-blown retro power-pop tune. I can’t decide if that’s a good thing LOL. You tell me…

Honestly, finding the motivation to keep up with creative projects during this pandemic has been extremely difficult. I had to take a long break from social media for the sake of my mental health. It wasn’t until I moved to Toronto in August that I started to get back into the swing of things. I got connected with a virtual songwriting group that some of my friends were organizing, and that kick-started my writing and singing again. Once I started feeling creatively motivated, I played more guitar, started doing some covers, and spent a lot of time collaborating on new music with my friend JPA (shameless plug for my buddy – ‘Man of the Radio’ EP out now).

‘Endgame’ is a song for true pop lovers. Anyone who’s a fan of Charlie Puth, Shawn Mendes, Hailee Steinfeld, Khalid, Justin Bieber, or Bebe Rexa will hopefully love ‘Endgame’. The song is all about falling for your best friend and praying to god that they feel the same way as you do. As many people can attest to, falling for a friend is one of the scariest things to ever happen to you. The longer you wait to tell them, the harder it is to admit, and the crazier it makes you. You feel this energy between you, but there is just so much at stake. As someone who recently went through the motions of falling for a best friend, dealt with the heartache of keeping it from her, and then came out on the other side and is now the happiest I’ve ever been in a relationship, I love that this song gives people a sense of hope. It may not happen today, tomorrow, or next year, but one day you’ll meet someone unforgettable. You’ll know it when it happens, trust me.

Firstly, I love Canadian music. Full stop. Some of my favourite Canadian pop artists are The Weeknd, Marianas Trench, Alessia Cara, and Shawn Mendes. The Weeknd has those silky-smooth pipes of steel and some absolutely SICK beats. Marianas Trench has those beautifully complex harmonies, inspired musicianship, and unique themes for every album they produce (how are they not world-famous?!). Alessia Cara has such an infectious energy in her vocals, you literally can’t help but listen to her. From high energy songs to ballads, there’s no denying how talented she is. Shawn Mendes has been KILLING the game lately. The dude knows how to write a damn good song. Oh! And I’m a die-hard Belieber. Literally from the second he came on the scene I have been a mega-fan. From his multitude of genre-spanning albums to his many hairstyles over the years, Justin Bieber has been a big influence for me. I’ve even mastered the hair-flip to prove it.