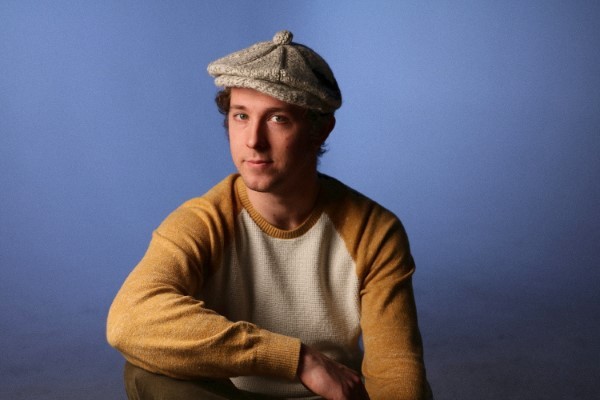 PEI-based folk artist, Shane Pendergast has unveiled his new single, “It Slips Away” along with an accompanying video for the release. The single release comes in advance of his upcoming sophomore album, Second Wind, which is set for release on March 5, 2021. The album follows his successful debut, Place to the Name, which dropped in Spring 2020, and recently earned him two Music PEI nominations.

Describing the inspiration behind his newest single, Shane says,

“Nothing in life disappears without a trace, even if we wish it would. There are always remnants of the past when things (or people) slip away from us. I was writing this song while driving down an old dirt road on PEI. The line ‘I saw a New Idea, it was rusting in the rain’ came from an old piece of farm equipment that I saw laying beside the road. It was obviously from a distant time and was rusting away. Ironically, the words NEW IDEA were painted on it. That carried many meanings.”

“It Slips Away” was funded by Music PEI’s Golden Ticket Program and was recorded live at Crabbe Road Studio in PEI. It was produced by Andrew Murray, engineered by Sergey Varlamov and mixed by Aaron Comeau.

“Shortly after the track was recorded,” Shane explains, “I received the word that a close friend of mine passed away. The song is about loss, so it took on an added meaning. The music video was shot in late February of 2020 on a Bolex film camera. The footage is from a show I played at Toronto’s TRANZAC Main Hall. That was the last night that I saw my friend Alex. I find it surreal to look back at the footage of him, not to mention the big crowd that was gathered. Nobody knew that the world would slip away a few weeks later with the COVID-19 lockdown.”

Check out the video for “It Slips Away” below, and find out more about Shane via our Five Questions With segment.

Yo ho! I’m a folksinger from Tracadie Cross, Prince Edward Island. Growing up in a musical family, I was exposed to traditional Maritime, Irish, and Acadian music in my youth. In my early teens, I began singing and playing guitar at ceilidhs (casual concerts featuring folk songs, fiddle tunes, and storytelling). When I was 18 I moved to Toronto where I attended York University for Film Production and began entertaining at taverns and folk clubs around the city. I graduated in 2020 and released my debut album “Place to the Name”.

I started out writing kitchen party songs & historical ballads. I write all kinds of folk songs now. My music is inspired by the folk music revival of the ’60s as well as classic East-Coast folk music. There’s a goldmine of great material in the Alan Lomax & Helen Creighton collections. I have read a lot of Beat Generation literature, Ernest Hemingway, Greek tragedies, and the poetry of Tom Dawe & Patrick Kavanagh.

Usually, summers in PEI are jam-packed with shows. Instead of the usual wacky schedule of 12-15 gigs a week during July and August, I was able to take the time to form a band with some local lads. We ended up recording an 11-track album titled “Second Wind,” set to release in March 2021. Other new undertakings included learning the fiddle and brewing hard cider (disclaimer: do not combine those two activities). My favourite new hobby is the game of pool, even though I earned myself the nickname “8-ball” for my bad luck.

The song “Place to the Name” from my first album is a song about old back roads and the history they hold. It’s a play on the phrase “putting a face to the name.”

I have always been a big fan of Gordon Lightfoot. Currently, I have been spinning some Dave Gunning, Sarah Harmer, Al Tuck, Shannon Quinn, and the 70’s Toronto folk group “Stringband.” Lawrence Maxwell & Scott Mackay have been doing some great country writing here on the Island.