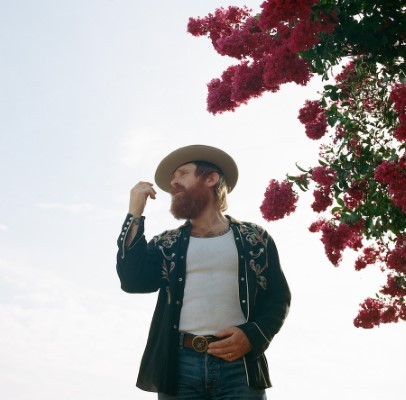 According to Burton, “Hard Times” is a song “about how we can get through the hard times.” Burton says,

“For me, that ‘how’ is love. It always has been. Love is a strong feeling and its ability to heal can help all of us get through the difficulties that life presents.”

This is only a sneak peek of what Burton’s forthcoming release has to offer. Set to be released on February 19 via Still Records. Coyote is described as being self-reflective. It is “a journey of finding oneself again through a soul-healing connection to nature and within the confines of being a parent, with Burton continually challenging himself to put out the best record he’s ever made.” The album “represents both the excitement and fear surrounding solitude and creating art.” It is “full of dualities, necessary stops, and questions on the long journey of self-discovery that is life.”

Burton is no stranger to the music scene. “Hailing from Southern Ontario, Burton has toured nationally, and in the United States, with City and Colour, Daniel Romano, Jenn Grant, and more.” This is evident throughout Coyote, as he recorded the album with Andrija Tokic and “the comfort of friends on true analog equipment down in Nashville.” Burton claims that “every song [he’s] ever written is a place to keep a memory.”

Take a minute to listen to “Hard Times” and keep an eye out for Coyote’s release on February 19th! This will not be the last you’ve heard of Spencer Burton.