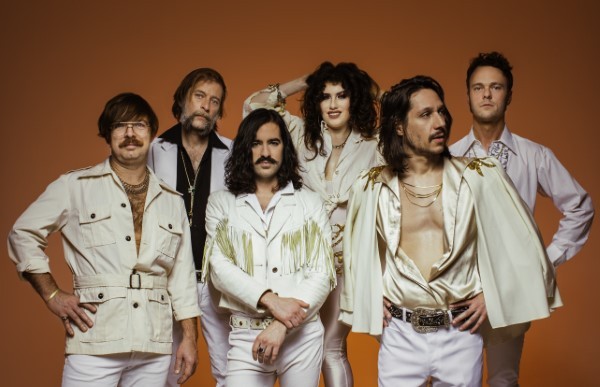 With style and spirit worthy of the dance floor of New York’s Studio 54, Montreal’s Barry Paquin Roberge is excited to announce February 26 as the release date of their latest album, Exordium To Extasy.

Seemingly designed to get everyone dancing and moving in during our most recent quarantine period, their fabulous lead single, “BPR Strut (Join Us & You’ll Be Fine)”, dropped alongside its 80’s workout video this week to great fanfare.

In regards to the video, Etienne Barry explains: “We invite the populace to strengthen their core and test their mental fortitude. Directed by longtime collaborator Ariel Poupart, who also plays the role of a mastermind known only as “The Vision”, the video shows us in skin-tight spandex, filming a straight-to-VHS home-workout tape destined to fortify the masses… and control them!”

In a press release, Exordium to Extasy is set to include the single, as well as the track “Hot Stuff” and is promising to “ turn any boring commute to work into a Soul Train-esque catwalk.”  BPR is also proud to say that they are bringing a sense of community to the art and arrangement of the album.  “The blend of male and female voices reaches out to all who want to have a good time,” said the band.  “Groovy guitar licks, party-pleaser synthesizers, and fluttering flute are exactly what people did not know they needed in their lives.”