Home / Promos / Mark February 19 on your calendar. That’s the day that Jess Moskaluke’s new album The Demos will be released

Mark February 19 on your calendar. That’s the day that Jess Moskaluke’s new album The Demos will be released 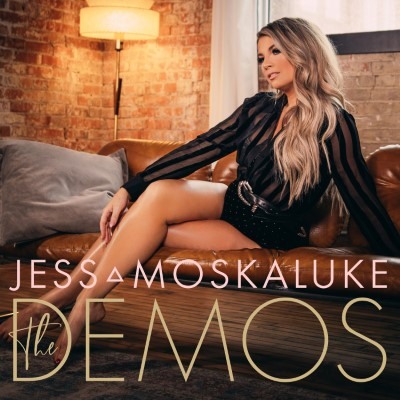 Jess Moskaluke is a Platinum-selling, multi-award winning, internationally celebrated country music superstar. And, The Demos is her newest collection of tunes that’s set for release, via MDM Recordings Inc./Universal Music Canada, on February 19. This album features her Number One hit “Country Girls,” “Halfway Home” (it landed in the Top 5 at Australian country radio), and current Top 20 single “Mapdot” (a personal ode to small-town pride and the place she’s proud to call home). This is an 11-track compilation that also includes a duet, “Leave Each Other Alone,” with Australian country music singer-songwriter (who has won six Golden Guitar Awards and four CMC Australian awards) Travis Collins, three reworked demos from a previous writing session, and four other new songs.

Because of the world we now live in, and international travel has ceased to exist (she couldn’t travel to Nashville to record her songs), Moskaluke didn’t know if or when this album was going to happen, or most importantly, how it was going to happen. Since she had already demoed the vocals, she came up with a plan and she decided to work virtually with her long-time producer Corey Crowder to create The Demos.

Moskaluke, who is so pumped to be giving her fans a brand new album, says this about The Demos,

“With the way the world has changed, recording an album was proving to be a unique challenge so I decided to get creative and finally give some of my favourite songs that I’ve written, but haven’t yet recorded, a home. I was really excited to include the demo versions of some of the tracks; it pulls back the curtain on the songwriting process, and offers a ‘before’ and ‘after’ look at how a song comes to be. The Demos is a collection I’m very proud of, and I hope everyone loves it as much as I do!”

Moskaluke chose Travis Collins to sing the duet “Leave Each Other Alone” because he quickly became one of her favourite male voices in country music.

She says this about Collins,

“We met in Australia in 2019 after he so generously offered up his kickass band to play my Aussie shows with me. Seeing him play live, I was completely mesmerized and knew I had to work with him. In my mind, “Leave Each Other Alone” was always meant to be a duet, and as soon as I heard Travis’s voice, I couldn’t stop thinking about having him on the song. I’m so excited for everyone to hear this song, and for Canada to get to know this amazing talent!”

In addition to the release of The Demos in February, Moskaluke is teeing up the release of her second “Handpicked by Jess” subscription box, available later this spring.