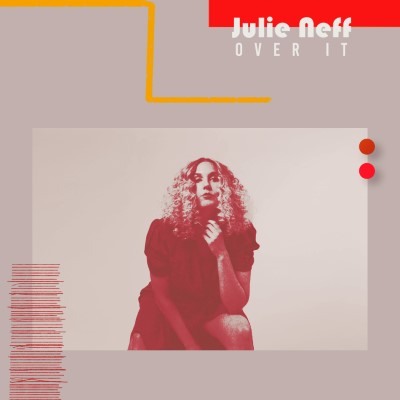 Raised in Guelph, Ontario, it wasn’t until adulthood that Julie Neff made her full foray into composing original music of her own. But if Over It, her newest release, is any indication, the natural songwriter within her must have been at the ready to express herself all along.

There is something tantalizing about the way her voice bursts into the title track opener, alone at first but with increasing instrumental and vocal accompaniment. Her style of singing is strong and varied, as exhibited in this song by the way it shifts easily and often between a near-hush and a powerful throatiness that accentuates the emotional impact of her lyrics and delivery (for an especially standout instance of the second, just listen to the chorus of “Siren Call”). The first track is upbeat and a natural single to dance jauntily along to, while the rest are more fit for laidback grooving as might be called for by the rhythmic beat and bass notes that frame “Swagger,” the subtly rocking guitar in “What Am I Doing This For,” or the alluring vocals of “Those Dreams” with their supplementary cameo from fellow Ontario artist 3-Card. Then there is the softly stirring, piano-based closer “A Lot Left To Learn,” which might make a person sway or even hold them still entirely while becoming satisfyingly immersed in Julie Neff’s perpetually passion-laden lyricism.

It all feels over too soon, but alas it is an EP after all. Enjoy Over It for all the glory of its duration, and if you do as much as I, let’s hope for and look forward to whatever pleasures Julie Neff comes up with next.