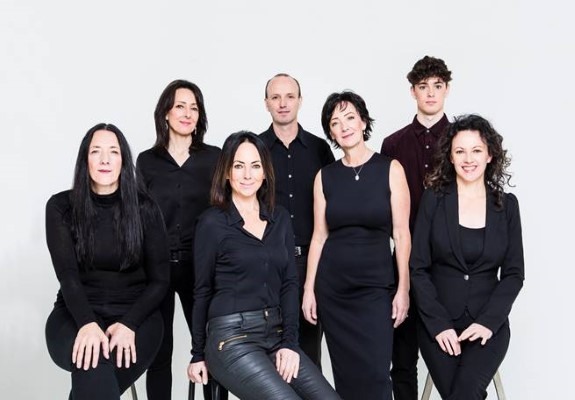 Hot on the heels of the release of their single, “Good Water”, Canadian JUNO Award-winning group Leahy are unveiling their new single, “Little Moon”. The group will be releasing their new full-length album, Good Water in February 2021, which features both of these singles.

Produced by Grammy Award winner (and fellow Canadian) David Bottrill (Peter Gabriel, RUSH, Smashing Pumpkins, Afro Celt Sound System), “Little Moon” is an instrumental original that’s so captivating, it sounds as if it was adapted from a timeless traditional melody. The song builds from a solo arpeggiated piano as it adds first a violin, then percussion, then a second violin, drums, and electric guitar. After it breaks down, with a brief but beguiling guitar solo, it returns, doubling the pleasure.

“Little Moon” also offers an excellent example of Leahy’s progressive sensibilities, as they bring their roots-based instrumental prowess into modern-day focus. Co-written by siblings Erin and Angus Leahy and, originally arranged for violin and piano, Leahy introduces the electric guitar into their sound in this song, played by Canadian rock guitarist, Nick Johnston. The passionate duet between violin and electric guitar highlights the exquisite features that make both of these the “first instruments” in their respective orbits of Celtic roots on one hand, and rock ‘n’ roll on the other.

Check out the single below, and stay up to date with Leahy via their socials.