Nadjiwan releases “Rebound Girl” as a tribute to Kelly Fraser 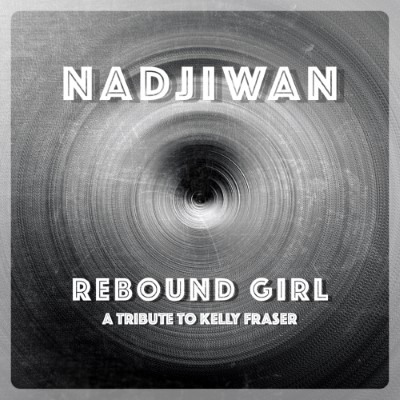 When Kelly Fraser released the song “Rebound Girl” in the summer of 2019, it marked a major creative step forward for the JUNO-nominated, Nunavut-born singer and Inuit rights activist who first gained national attention through her Inuktitut-language interpretations of such hits as Rhiannon’s “Diamonds.”

Tragically, Fraser took her own life on Christmas Eve, 2019, the result of years of coping with PTSD, racism, and cyber-bullying. Fraser’s passing dealt a devastating blow to the Indigenous music community, and especially her Toronto-based producer Marc Meriläinen, aka Nadjiwan.

To acknowledge the one-year anniversary of Kelly’s death, Marc decided to re-record “Rebound Girl” with several of the musicians who played on the original version, along with his sons Fox and Cole serving as the rhythm section. In re-imagining the song in an elegiac fashion, Marc not only offers a moving tribute to Kelly but brings the song back to her original vision.

For Marc, recording a new version of “Rebound Girl” also became an important way for him and others close to Kelly to deal with the void she left behind.

“Kelly was a role model not only to people in her home community but for young and emerging Indigenous musicians everywhere,” he says.

In 2021 Nadjiwan will release Star Nation—described as a “space-rock opera”—along with an album of cover songs that he plans to start working on in the summer. But with “Rebound Girl,” he has fulfilled a promise to Kelly Fraser that he would record the song in the way they originally wrote it.

Check out “Rebound Girl” below, and stay up to date with Nadjiwan via his socials.