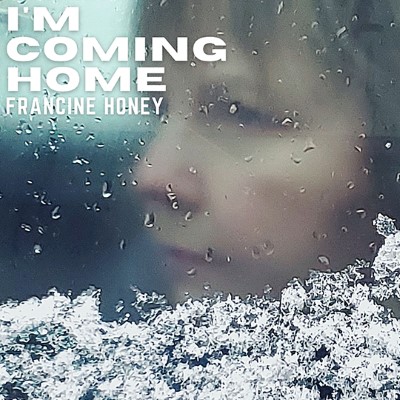 The emotional, three-minute-spanning tune follows the bilingual Ontarian musician’s signature format as yet another blues-inspired country song jam-packed with a lifetime’s worth of raw emotion.

As suggested in the song title, the somber track is all about finally making the journey home after being away and missing it for so long. With the power and vulnerability of Honey’s voice, you might even think she wrote it, however, that was not the case.

That’s right, despite typically taking pride in writing her own music, the mother of two said that “I’m Coming Home” was actually written by a close friend of hers: Joy Newby. Other than the song being “beautiful,” “sad” and “lonely,” Honey said she decided to record the song and use it for her own album as it became such a sentimental tune for her and served as an important message for her fans during the ongoing COVID-19 pandemic. The former civil servant described it as being filled with “hope and the promise of coming home.

“We all need that (feeling), since this pandemic has created such loneliness in everyone … right?” she adds.

Newby wrote the heartbreaking tune in 2017 at the end of a songwriting retreat in Italy with Honey and the musician Verlon Thompson. Honey recounted that day, saying:

“(Joy) knocked at our door about an hour and a half before the concert and asked me if I would sing the song at the concert that night. We rehearsed it once in my room and then played it together as a duet with Verlon joining in.” Honey said the experience was “magical.”

Check out “I’m Coming Home” below, and find out more about Francine via our mini-interview.

I am a songwriter, singer, recording artist and learning to produce and make beautiful music videos that are extensions to each song.  When I write a song, I see a whole movie playing out in my head.  While I’ve been writing songs since I was 12 years old, I only started sharing my music later in life.  I never thought I could “make it” when I was younger, so I went to university and got a degree in Mathematics and Computer Science.  That served me well since after I got married and had two children, my husband left, and I was alone with my children.  I wrote songs during that time and worked with the Canadian Federal Government as an IT project manager designing web-based applications for all three research granting agencies.  I loved designing systems and helping people simplify their work using technology.

Flash forward to the day I simply couldn’t do it anymore because songs were consuming my every non-working moment.  I would dream of songs, wake up with songs, get songs during coffee breaks…they were ghosts haunting me to be written.  I started working on a plan to quit my job and downsized to the cheapest apartment I could find and saved my money.  Saved, saved, saved until in 2013….  I did it!  I made the jump.

Since then, I’ve released 4 full-length albums, an EP, and numerous singles.  I’ve won songwriting awards and my music has been played all over the world.  Most importantly, I hear how my music is helping people and that is what keeps me going.  I write about my life and experiences as many songwriters do and my hope is that by sharing my story and how I’ve overcome obstacles that it will inspire others and will help heal the wounds that life brings.  My mission is to help people get through life, know they are not alone in their experiences, and heal with my music.

Tell us about the recording process behind “I’m Coming Home”.

“I’m Coming Home” was recorded in Nashville with the band live off the floor.  I have been recording this way since my “to be continued…” album in 2018.  I found that I just sing better and feel more of the song when we are all together playing the music together.  We can work out parts beforehand and every musician has a part of bringing the song to life.   I feel very fortunate that Grammy-nominated producer Neilson Hubbard and I have a shared vision for the music and we both believe in serving each song with the production elements.   I try to get to Nashville 2 to 3 times a year for recording sessions and we work on songs.  “I’m Coming Home” was recorded during one of these sessions back in 2019.  The song is very haunting, lonely, and an inward-looking song.  The piano is the highlight of this song along with the Flugle Horn, both played by Danny Mitchell.  The other instruments are like the undertone and are all there for mood and support.  I really love the feeling we got from the arrangement and the background vocals.

Looking back on 2020, there wasn’t one specific moment that stands out.  The highlight for me was being able to continue to reach people and release new music.  The single “I Carry On”, released last May is a song of gratitude and hope and has helped so many people.  It is up to over 850,000 views on Facebook and still growing!  Every day there are new comments from people all over the world, and I love reading and responding to every single one.  I could not reach that big of an audience without having to be on the road non-stop.  Social media gets a lot of bad press, but for me, it allows me to meet people in a way that I couldn’t do normally.  Reaching people this way and through my live streams through the use of technology has been one of the best things of 2020.

Last year, I was able to finish recording my life story in song, which is a special project album I’ve been working on over the last 2 years. I plan on releasing an album of new songs this year with the life story double album in 2022.   This may or may not include more singles from that album.  I want to stay connected with my community which I call the Honey Music Hive.  I am also learning how to film my own videos and am having fun with that since I have a lot of songs recorded that need videos.  I am planning all of that right now for the album release.

With each album I release, I do a special launch with the members of the Hive and give them advanced access to a song a day including behind the scenes content and live performances and other goodies leading up the album launch.  I am going to do the same with this upcoming album … so stay tuned!

When I wrote “I Carry On” with Robert Gray, many people suggested we write and perform together more, and we have talked about it.  I know so many great songwriters in Nashville and locally and have been asked to collaborate with them on new songs.  I am hoping to carve out some time to write with them in the future.   This year is pretty busy with releasing all of this new music and recording videos, so I am hoping to get some time to do more collaborations later on in the year.  When you are an independent artist, there is simply so much to do.  For the next few months, I’ll be collaborating with Neilson Hubbard and Joshua Britt in Nashville who I work with to create more videos for the music we’ve recorded.