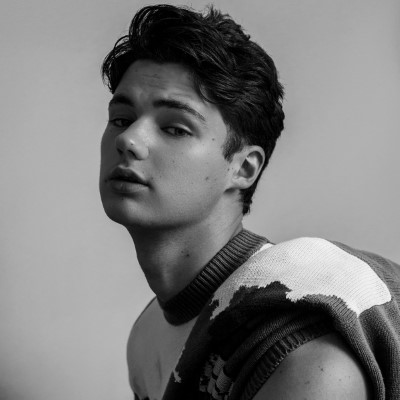 17-year-old Canadian indie-pop artist Cole Allen released his debut EP, The Middle of Somewhere in 2020, now less than a year later, he’s following that success with a sophomore EP entitled I Broke Like A Sweat in the Heat. Produced by Matt Koebel, the new EP features the single “sofa surfer,” which is available now on all major digital streaming platforms.

Exploring melancholy in isolation, “sofa surfer” is an introspective examination of loneliness and lost time – a relatable theme during these strange pandemic days.

Check out “sofa surfer” below, and find out more about Cole via our Five Questions With segment.

Hello Canadian Beats! My name is Cole Allen, and I’m a 17-year-old singer/songwriter from Kitchener, Ontario. I’ve loved music for as long as I can remember, but I wasn’t sure about it as a career until much more recently. When I was younger, I sang in choirs, but I was always this weird mix of stage fright-ridden and attention hog. I remember whenever I would have to sing anything solo, my legs would shake, and I’d look kind of like a baby deer in headlights. But once I got more comfortable on stage, everything just sort of fell into place. I came to this point where I thought ‘what could I do for the rest of my life without wanting to spontaneously go off the grid and live alone in a national park somewhere?’ and music was the thing that came to mind. It feels like the only option for me. I started writing my own songs around age 11. I tend to be the kind of person to crack a joke whenever things get too serious (I’m working on it); but my music is one of the few places I’m completely honest. It’s the place I feel most comfortable being vulnerable … and to be that vulnerable in front of people is an incredible feeling. It’s a truly cathartic experience to just dump all of your feelings into a song and then share it with the world. I love it.

My writing style is constantly evolving. I always used to write about really immediate situations and feelings … things that had just happened to me and I needed to get out without actually processing (mostly ill-advised infatuations, to be fair). But with lockdown, there wasn’t really that much immediacy in my life. Recently, I’ve been really into Phoebe Bridgers and Bright Eyes. I love how they use these dark, kind of deadpan lyrics and somehow twist them into amazing stories. I mean, Phoebe literally has a song about killing a Nazi and using the body to fertilize a garden. And I’ve cried listening to it. Who does that? Who writes a song with such violent imagery and still makes it feel so beautiful and nostalgic? I think a big attractor for me in music is unique lyricism, so I aspire to use that when I write. All of the songs on this new EP are a testament to finding inspiration in little things – movie quotes or poetry that I’ve taken and expanded into something completely different from the original intent. On this project, I worked with producer Matt Koebel. I’ve known of him for a while, because we have some common friends, but we only officially met last August in a virtual songwriting workshop we were both a part of. We got along really well and found that we had a lot of similar musical tastes, so it seemed like a natural next step to work together. We went through a lot of stages with the songs before getting to the final product. We spent a semi-ridiculous amount of time playing with different synths and weird instrumental sounds to find exactly what we were looking for. In the end, we made something I’m really, really proud of.

It was definitely hard to stay creative at first. For the first few months of lockdown, I had terrible writer’s block. I started to realize how much of who I was – as a person and as an artist – depended on other people. I had spent so long building myself around others, that I had lost any semblance of myself alone. That has definitely changed over the pandemic, if for nothing else, due to the lack of other people. About three months into isolation, I finished the first song off the EP – my single ‘sofa surfer’- about that feeling. It was a different kind of emotion than I’d previously written about, more introspective and drawn out. It feels special to me in a bizarre way because I packed my entire isolation experience thus far into one piece. It wasn’t a good time by any means, but to be able to take a terrible thing and create a song that I love was therapeutic in a way. Overall, songwriting has been one of my main escapes during these tough times. It has reminded me that even though I’d love for people to like my music, I write for myself first.

That’s definitely a tough one, so I’m going to narrow it down to two. Firstly, I would love it if people would listen to ‘sofa surfer’ for all the reasons mentioned above.  And then, I think I’d probably have to say, ‘beauty queens are dying!’. It has a fairly different sound than some of the other stuff I’ve written. It tells a big grand story (which I always love), albeit a sad one. I was actually inspired by a quote from a movie that I haven’t even seen, but it just sparked something for me. The quote, from ‘A Philadelphia Story’, was something I think I came across on Instagram, and just felt drawn to: “I don’t want to be worshipped, I want to be loved”.

This formed very rapidly into a story/political statement (almost?) about how quick we are to idolize people in the media, and then as soon as they stop being what we expect from them, they’re immediately discarded. This is especially true for women in Hollywood, it’s terrible how easy it is to dehumanize them. So, this was a different kind of sad song for me. A lot of this EP was about the inherent hopelessness of falling from a high place. It wasn’t even planned, it was just a topic I kept coming back to. I’ve already written about classic heartbreak, so why not branch out a bit and explore, you know?

Oh, there are so many good ones. Ten-year-old me has to mention Justin Bieber because he’s from Stratford (about 45 minutes from my hometown) and his career evolution is something that’s been an inspiration. Joni Mitchell comes to mind definitely. Her lyricism is unlike anyone else I know. It feels almost childlike in the way that it’s so unabashedly honest and unfiltered – to be able to write with so little inhibition is a goal of mine – and Joni captures that. Another one is John K. Samson. I listened to him non-stop over lockdown. His music is genuinely magic. The way he writes sad songs just feels like he’s climbed inside of your chest and is beating on your heart. One of my favourite lyrics of all time is from his song ‘17th Street Treatment Centre’ where he closes off the piece with: “In for three weeks, or in for forever/here at the 17th Street Treatment Centre/ Most of us probably not getting better/But not getting better together.” I find the most devastating lyrics are always slightly bittersweet as if there’s some kind of hope just around the corner that isn’t quite in view. This lyric just so perfectly captures that sentiment. It’s simple, blunt, and emotional. A universal punch to the gut. Finally, Fred Eaglesmith. My parents really liked him when I was younger, so I’d never stop hearing his stuff around the house. But the way he tells his stories just feels so familiar – his old, battered voice has a similar indescribable quality to Johnny Cash; like he’s lived every single story he’s telling in 100 different lives. It’s so intimate, like an old friend filling you in on everything you missed.