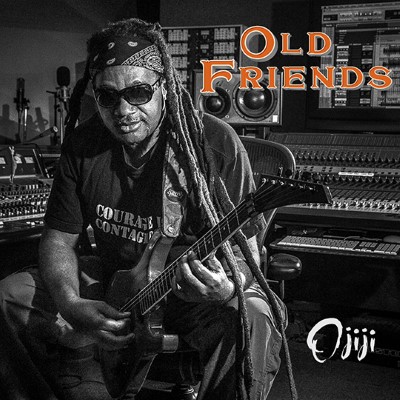 “Old Friends” is mined from Harvey’s extensive archive; he wrote the track in 2004 and produced it in 2020 with contributions from his brother, Carl, a long-time member of the GRAMMY Award-winning reggae act, Toots and the Maytals.

The freshly pressed video — produced by Michelle Melles and Pedro Orrego, and featuring engineering and production contributions from Harvey’s son, Meshach — is based on Harvey’s life story, a detail he explains in the opening scene.

“It’s like walking down memory lane,” Harvey muses. “We used photos from my personal photo albums as well as old, archived footage to show Toronto in the 70s — just around the time when many Jamaicans and other West Indians were arriving in Canada.

“The video really hits some very emotional chords,” he continues. “It lays out the very unique journey that was experienced, not just by the Harveys, but by all the people of colour that were starting to settle in Canada.”

Watch the video for “Old Friends” below, and find out more about Ojiji via our mini interview.

My name is Rupert {Ojiji} Harvey, most people might know me as the founder and lead vocalist of the Canadian Reggae band Messenjah

I was also a founding member of the Canadian R&B band Crack of Dawn.

Crack of Dawn became the first Canadian black R&B band to be signed to a major label, {Columbia records}

Messenjah became the first Canadian Reggae band to be signed to a major label {WEA}.

Tell us about the recording process behind “Old Friends”.

The recording process behind Old Friends was interesting because of the covid-19 pandemic. I was not able to go to my regular recording studio, I recorded this project in my son, Meshach Harvey’s, bedroom on his small studio set-up.

Space was extremely limited, and we had to become highly creative with things like isolation booth for the microphone.  We ended up doing it in his clothes closet!

Luckily, we had all the electronic gear and all the instruments that we needed.

Despite the lockdowns and the isolation in 2020, it did not stop the creative juices from flowing, and I believe the highlight of that year for me was to complete this project despite all of the limitations and restrictions.

So far, although it is exceedingly early in the year, I feel very optimistic that 2021 will be a year of many positive changes. I am planning to work on a few more tracks and hopefully have some more releases before year’s end.

I am looking towards some collaborations with more family members.  My brother Carl Harvey is a very gifted guitarist and a great producer.

He has been the lead guitarist for the legendary Reggae band, Toots and the Maytals for decades, and has a GRAMMY to his credit.  I am blessed with some very gifted kids also that really want to do some work with me.  And am keeping my ears open to see who else might be a great fit to work with.