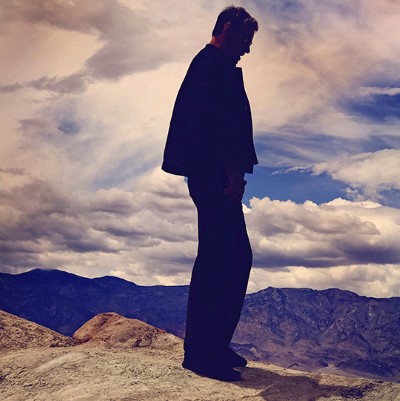 This is the second release to preview ROGOV’s forthcoming EP, Tourist, the song’s inception sprang to life one summer evening, the artist recalls.

“I was walking home, past a book shop, and saw a book called The Crazy Horse Saloon in the window.

“Initially, I’d mistaken it for a book about saloons and horses, but it was about anything but,” he continues. “(The book was actually about) Le Crazy Horse de Paris, a Parisian cabaret known for its diverse range of stage shows, including magic, variety, jugglers, mimes, and — most notably — burlesque.

“I was curious and bought the book. It was gregarious and inspired the pulse, writing, theme, and sonic fabric of ‘Dancing Girls.’”

Check out the single below, and find out more about ROGOV via our mini-interview.

I am Rogov — Vladymir Rogov — songwriter/storyteller. People have pointed to a Euro-style in my music, and I’m ok with that. I figure that Bryan Ferry could be rocking out with dancing girls. I like music with a groove you can dance to, fast or slow, and lyrics with a sense of humor.

Tell us about the recording process behind “Dancing Girls.”

Recording Dancing Girls began on my acoustic guitar in the key of E major. This open chord rings out nicely on almost any guitar. I sang, ‘Bring on the dancing girls, play me a sweet refrain, turn up the music’… came out in a stream of consciousness. I captured the feel live straight on my phone. I brought the track into my DAW (Digital Audio Workstation) and added bass, drums, guitars, and synths. I rewrote the second verse and put it all away.

After recording Mistakes are Beautiful, Stacy Heydon asked what else I had to do an EP, So I gave him a CD with a group of songs-in-progress. One of his picks was Dancing Girls. He re-recorded the whole backing tracks in his studio and sent me a stereo track to try singing to. I laid down the final vocals at Toronto’s Number 9 studio and sent it back to Stacy for preliminary mixes. I tried the Car test to the recording with each iteration, which means turning the volume to max. The funny thing was that I had to kick in the car cruise control because I found myself speeding.

From my vantage point, looking out from Canada, the year 2020 certainly delivered its fair share of world-shifting events. From a wave of violent demonstrations and riots demanding an end to police brutality and racial injustice to the coronavirus pandemic that ushered in a global recession as countries followed into lockdown.

And in all that, there was Alex Trebeck and Sean Connery’s passing, two guys with ‘that confident masculinity’ evoked in dancing girls.

They say the great secret to happiness is low expectations. These are defining moments to remember and learn from, even if they’re not the stuff of ambitious New Year’s resolutions. One day, it’ll be safe enough to start making grand plans to get out and spread ourselves around with a tour.

Until then, I hope to take every opportunity to savor the victories that eluded us in 2020.

As already mentioned, I like music with a groove you can dance to and lyrics with depth and a sense of humor. I’d like to collaborate with artists outside my sphere. Artists like Orville Peck, Drake, Justin Bieber, Alessia Cara, Avril Lavigne, Shania Twain, and let’s never forget Celine Dion.