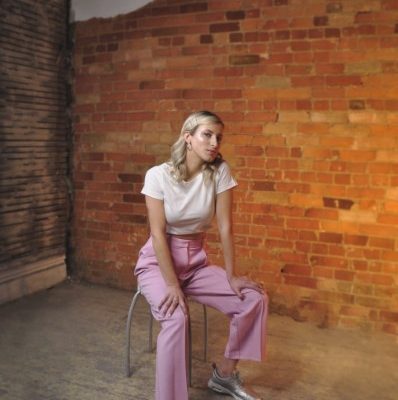 Cassie Dasilva is ushering in the new year with a brand new single, the sassy pop-track “Unsolicited Contact”.

The Ontario-born songstress stepped onto the scene in 2018 with not one, but two successful singles — “Welcome To My Castle” and “Rough Cut” — the former peaking at number eight on Spotify’s Viral 50 Chart and the latter created with JUNO Award-winning producer Mike Wise. This dynamic up-and-comer is poised to have an exciting year, with talks of an EP release in 2021.

We caught up with the pop hit-maker to dig deeper into her songwriting and the details of writing her first bop of the year.

What was your exposure to music like growing up?

I can’t come up with a memory from my childhood that doesn’t include music playing over the household stereo, or my mom singing.  My parents were always listening to and exposing my siblings and I to so much music, and no genre was off-limits. I admired my older siblings who took piano lessons at home, so at the age of six, I begged to start lessons, too.  I think being so immersed in music as a child made it a real place of belonging and safety for me growing up.

Take us to the years before you dropped “Welcome to My Castle” and “Rough Cut” — were you performing in any local bars or festivals? How did you begin the early stage of your career?

I was a really shy kid but performed for piano recitals and exams from a young age. I started singing in school talent shows when my older sister wouldn’t let me dance with her and her friends in the show.  I got a guitar for Christmas in the eighth grade and once I taught myself a few chords, that’s when I really started to fall in love with songwriting.

I started performing in school coffee houses, community open mics, and at the local farmer’s market. Orillia has a strong folk music community, so I got involved with a youth folk songwriting group and was mentored at folk conferences and folk festivals.

I moved to Vancouver to study audio engineering and music production after highschool.  After that, I split my time between multiple part-time jobs, gigging in any pub, restaurant or wedding I could.  I ended up busking downtown Vancouver for a while — eventually making enough in tips to quit all my other jobs, before moving back home to Ontario.

In Ontario again, I played Folk Festival and showcase slots while finishing up a folk album.

I attended Canadian Music Week in 2018 with some friends and found myself singing at an impromptu Universal Canada jam night. I was signed shortly after,  initially as a folk-pop act.  I’d started writing EDM toplines and pop songs for other artists by then, and eventually, that led to my transition into pop music and my first label releases!

As an artist who creates these autobiographical songs, were there songwriters you connected with or looked up to whose style you wanted to channel when it came to writing your own music?

Taylor Swift was the first artist who really piqued my interest in songwriting. I distinctly remember listening to her first album in the computer room, waiting forever for the lyrics to load on the desktop so I could sing along.  Her songwriting struck me back then, even, but when 1989 came out, I was changed. That album really inspired me to pursue music on a different level.

In elementary school I had a real emo-pop phase (without the sideswept bangs): Sugarcult, Hellogoodbye, Plain White T’s, and All American Rejects were on heavy rotation.  In high school, I got into some more alternative stuff — Vampire Weekend, Rilo Kiley, Emily Haines & the Soft Skeleton, and the entirety of the OC soundtracks… And LOTS of John Mayer.

What was your reaction when you saw how well “Welcome to the Castle” was received across streaming platforms?

I think I have a difficult time comprehending that the numbers beside a song mean that people are actually listening.  There’s a disconnect there– maybe because I have such big goals for myself.   But, when you break it down and can see that people are listening all over the world, or when people reach out personally to tell me that they like a song or explain how it’s impacted them, it’s a surreal feeling.  To have my words resonate with even ONE person is really incredible and makes all the hard stuff worth it!

Take us through writing “Unsolicited Contact” — because it’s so fun and cheeky, not to mention relatable AF.  Was that the vibe the entire production process, that energetic, sassy energy?

I wrote Unsolicited Contact shortly after my ex texted me on my 25th birthday (completely forgetting that it was my birthday, and instead of reaching out to somehow simultaneously drudge up our past while also informing me of his most recent romantic situation). I was obviously perplexed by the messages and their timing, so I wrote this song as a personal rant and an unfiltered response to him. Basically, the song says all the things I wanted to say but didn’t have the guts to at the time.

It’s been mentioned on your website how committed you are to working with women in the industry for your future projects. Tell us about that collaboration process.

Back when I was signed, I found myself in a situation where nearly all of the people I dealt with both creatively and within the label were men.  I wasn’t often seeing my perspective mirrored in the people surrounding me and it was frustrating.

When I was later dropped by the label, I threw myself into my new project with the intention that I wanted to explore working with more women in the industry– specifically on the engineering and production fronts.  I was introduced to Hill Kourkoutis and Robyn Dell’Unto and began work on my new project with both songwriters/producers at the helm.  Hill produced Unsolicited Contact, and working with her on this song was a blast. She made me feel incredibly heard and respected throughout the process.  It was a really freeing experience for me creatively.  I truly felt like I could be myself.  Beyond that, I’ve carried my mission through to working with women in almost every aspect of this release. The Unsolicited Contact video was shot with an entirely female & non-binary crew, and I’m really proud of that.  Working with so many talented, capable, and brilliant women & non-binary collaborators have been really empowering for me.

What can you tell our readers and your fans about the vibe and the songs you’ve created for your upcoming EP and projects?

The EP is a more vulnerable and edgy transition for me artistically.  Throughout the creative process, I focused on being painfully honest and specific in my writing. I tried not to sugarcoat my feelings and I dove into a lot of relationship struggles and heartbreak that I hadn’t fully dealt with.  I veered away from the bubbly-type production of my past releases and experimented with a lot of guitars and unique sounds for this project.  I’m so excited about where I’ve arrived musically and I can’t wait to share it with you this year!