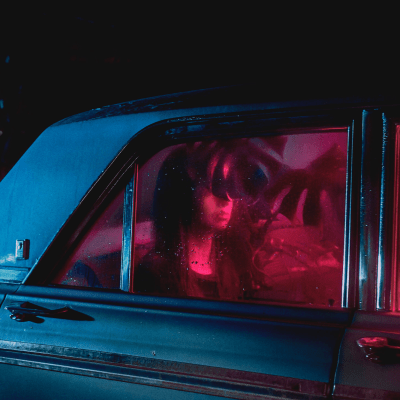 The Love We Think We Deserve is the newest EP from the Vancouver based artist, Dorian Pintaric, from his project, Year Over Year.

The Love We Think We Deserve is a targeted screed on toxic relationships – where you are the toxic partner. Featuring guitars, bass, keyboards, synthesizers, drums, and piano, the backing of the tracks change in cheerful from upbeat to dower, but generally maintain a swaying, calm rhythm. This soothing accompaniment is sharply contrasted by the lead singer, Dorian Pintaric’s, vocals, which are acerbic and aggressive and carry lyrics dripping with self-loathing. The jarring contrast is intentional as the album has a clear thesis: The love the artist felt he deserved was none as he was only disruptive to his lover’s life. The result is a very deeply personal project where you almost feel as if you were reading Dorian’s diary — reflecting on times you couldn’t give or receive love either. Dorian says the EP was meant to be a “critical self-reflection that is like a screenshot of growing pains in [his] early 20’s” — but it’s an EP that could resonate with any age range going through similar pains that could use the catharsis.

The standout track to me was “Wilt”. With a swaying, upbeat rhythm, this final track on the EP seems to be the most ‘hopeful’ in tone, even if it is bittersweet in content. In the lyrics, the artist has finally left their partner at what seems to be their partner’s request. The artist admits that “I’d be lying if I said I didn’t miss you, but I hope you miss me too” — but there’s still a sense in this track that this ‘end’ was overdue and now at least both of them can move on.