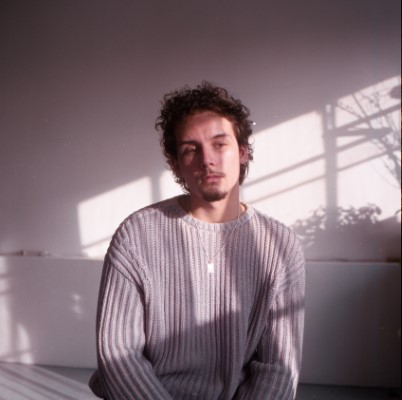 Canadian singer-songwriter, producer, and multi-instrumentalist known as BAD CHILD releases his first single of the new year, “$1,000,000” via 21 Entertainment and Universal Music Canada alongside Capitol Records stateside and Virgin Records in the UK.

Sampling familiar sounds from your local convenience store, “$1,000,000” equates falling in love to winning the jackpot. The jangling baseline stimulates the anthemic lyrics creating the feverish confidence in the song. On the track, BAD CHILD says:

“I wanted $1,000,000 to sound and feel like a corner store lottery, when I was a child I would go with my grandmother and pick-up scratch tickets and she would always say we would win big. The song is about love conquering everything – everything pales in comparison.”

Coinciding with the new single, BAD CHILD announces his plan to release his debut full-length album Free Trial on February 26. The 19-track album features previously released songs and six brand new tracks including “$1,000,000.” The album is narrated with voice over clips that guide the listener through the phases of the record.

Over the past three years, BAD CHILD has quietly been gathering momentum as an artist. In the summer of 2019, he released his thematic debut EP Sign Up backed by his label partners, Universal Music Canada/21 Entertainment alongside Virgin Records in the UK and Capitol Records stateside. He quickly became one of Canada’s most exciting exports; profiled in the Wonderland Magazine, Complex, HillyDilly, Sidewalk Hustle, Atwood Magazine, Toronto Star.

BAD CHILD spent the last year reflecting on the music that shaped him; releasing a COVERS EP that included his own interpretations on songs by Harry Styles, Bill Withers, and Soundgarden. As well, he flexed the production side of his artistry, experimenting with new sounds and instruments on his own tracks and collaborations.

BAD CHILD’s eccentric music and unique vision landed him on the festival circuit last summer playing some of the world’s most prestigious line ups including Lollapalooza, Glastonbury, Reading & Leeds, and Osheaga. Earlier this year, BAD CHILD was gearing up to join grandson and NoMBe as support for concerts across North America. Both tours have been postponed in light of the global situation.

BAD CHILD’s “Candy”, featuring Ryan Chambers, was included on the soundtrack for the highly publicized Netflix film, To All The Boys: P.S. I Still Love You. The only Canadian to be featured on the album which includes tracks from Sofi Tukker, Marina, Gordi, and more. Last year, BAD CHILD’s single “Blood” was featured in a global Apple Watch campaign. Back in Canada, his first radio single “Breathing Fire” peaked at the top five on alternative radio and was nominated for a 2019 SOCAN Songwriting Prize alongside Dilly Dally, grandson, and Kaytranda. BAD CHILD teamed up with fellow Canadians Justin Bieber, Geddy Lee, Avril Lavigne, Walk Off The Earth, and many more on a Bill Withers cover of the classic “Lean On Me” for the historic airing of Stronger Together Tous Ensemble, a broadcast event paying tribute to frontline health workers and raising funds for Food Banks Canada in the early stages of the COVID-19 pandemic.