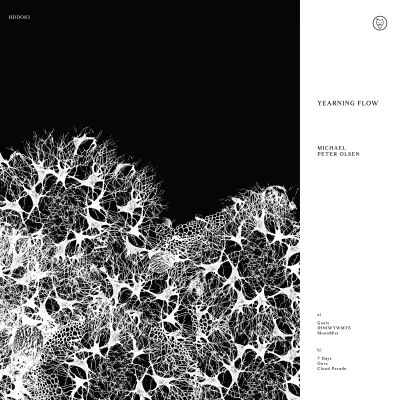 Yearning Flow is the debut album from Toronto-based songwriter, composer, and producer Michael Peter Olsen, who has spent the last 25 years working with artists such as Drake, Arcade Fire, Haim, and Tiesto.  This album feels like a movie with little to no dialogue I liken it to “The Wall” by Pink Floyd or “Love the Film” by Angels and Airwaves. It moves to the soundscapes to what is going on in the film while also has some spacey elements from classic films like 2001: Space Oddessy. The tracks that stand out to me are “IHNIWYWMTS” and “Moonmist” because they have me feeling a sense of dread and they sound like they could be used in a horror film. I’m moving through the abandoned house but I have no idea that the killer is stalking me in the shadows. It gives me a sense of security then BAM!!! I’m dead.

The rest of this album makes me feel like I’m ascending into another dimension, walking endlessly until I reach the end of the tunnel but there is no tunnel I’m just walking but I’m at peace. The compositions are bound by a swirl of sounds, heavily altered worlds that are connected with Olsen’s subtle playing and sound design.

Overall, this album, for a first solo effort has me wanting more. It is beautifully put together and as someone who is new to the ambient music world, it is a great soundtrack to decompress and have all the weight be lifted off of your shoulders.