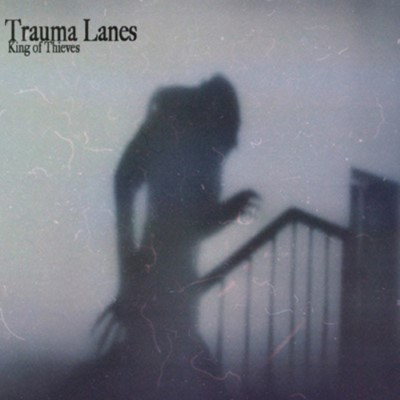 Milton, ON-based band, Trauma Lanes have unveiled their new single, “King of Thieves”. Blending the sassy emotions of post-hardcore and the chaotic distortion of punk, “King of Thieves,” explodes right out of the gate—with its heavy, palm-muted guitar chug intro—into an incendiary and aggressive track peppered with complex riffs, thundering drum fills, and cheeky harsh vocals.

The song is meant to be interpreted however the listener wants, but like most Trauma Lanes tunes “King of Thieves,” concerns the crushing blows that come with the party lifestyle—a behaviour the members of Traumas Lanes knew all too well pre-pandemic.

“Ever moshed by yourself in your kitchen while cooking? That’s what we want our fans to be doing,” Trauma Lanes says.

The single is the first track to be released from the band’s upcoming EP, Nosferatu. Check it out below, and stay up to date with the band via their socials.