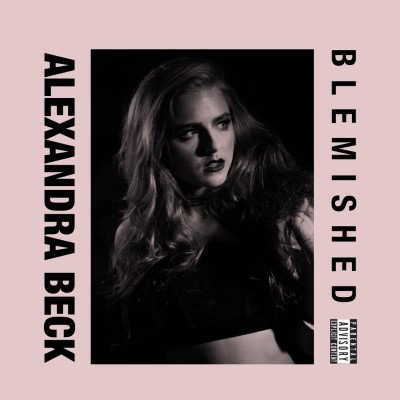 “This collection portrays the two extremes that love can make us feel,” Beck shares. “I wanted to show how, one day, a person experiencing romantic love can feel completely and utterly euphoric and, the next day, the extreme pain of loss.”

“Our co-writing group envisioned writing a feminist love song,” she recalls. “My co-writer, Jake Perry, came up with the guitar chords and I created the hook melody over them.

“Next, I came up with the concept that my boyfriend sees the ‘Blemished’ side of me; historically, women were considered ‘blemished’ if they didn’t correspond to stereotypical gender roles. So in this song, it’s a feminist boyfriend who takes me for who I am as a strong woman with dreams and career goals, and doesn’t try to change me like so many romantic partners of women try to do.

“For ‘Blew It,’ my goal was to write a simple, yet powerful, pop ballad many girls who have given all they’ve got to love — and then lost it — could relate to,” she continues — not having to look far for inspiration. “This was a song I wrote in one night when I felt extreme pain losing someone who I thought, at the time, was the love of my life.

“I remember sitting at my piano at my old apartment and deciding, ‘okay, I’m gonna sing all my feelings out and write songs until I’ve healed.’ (My ex-boyfriend) had ended things so abruptly that he said ‘I expected you to throw acid on me tonight’ the night he broke it off.

“And ‘Blew It’ is definitely one of my more acidic songs.”

Check out “Blemished” and “Blew It” below, and find out more about Alexandra Beck via our mini-interview.

Hi guys! My name is Alexandra! Born and raised on Beyonce in Saskatoon, SK (Laughy face emoji). I now live and breathe the West Coast- and I’m located in Vancouver!

I absolutely love to sing & stay active! Running, skiing on the local mountains, meeting new people, and having a lot of fun is a huge part of my lifestyle. I’m also super passionate about social justice- just ask my friends, my family, and my roommates.

Tell us about the writing process behind ” Blemished”.

This song was written during a songwriting workshop February 2020.

My co-writer Jake Perry came up with the guitar chords and I created the hook melody over them. Next, I came up with the concept that my romantic partner sees the Blemished side of me; who takes me for I am. A man who sees me as a strong woman with dreams and career goals, and doesn’t try to change me like so many romantic partners of women try to do. Also, a man who doesn’t expect me to be perfect!

Music-wise being a part of the Jim Beam x Canadian Music Week National Talent Search as a Regional Finalist, Working with the Multiplatinum Producer- Roy(Royalty) Hamilton III. Having more time for music because of Justin Trudeau and EI 😉

Visiting Toronto in the Summer!

Moving back to Vancouver- all my closest friends live in Van & the city vibe is undeniable- why would one leave?

I also want to explore my sound more- I want to be known as an artist with a voice that carries over from one production style to another very easily.

I Would love the chance to work with one of the following rappers! Their music inspires me the most of the artists in the hip hop vein right now

And Beyonce just because she was the entire reason I decided to start singing in the first place!