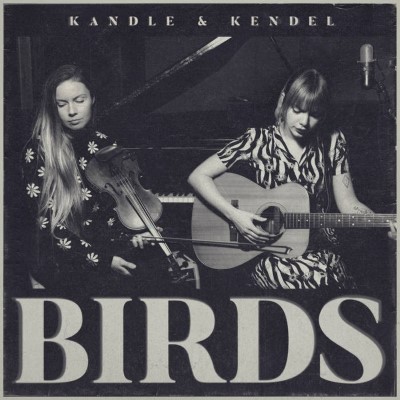 The pair of long-time friends created the collection on a whim after having an inspired time in the studio working on Kandle’s new full-length album, which is set for release later this year. To round out the organic, three-part harmony-heavy sound, they recruited Debra-Jean Creelman (founding member of Mother Mother) and Dave Genn (54-40/Matthew Goode) to engineer. Kandle explains,

“We wanted to be somewhere else for a spell and it was granted by whiskey, reverb and 6 beautiful, dark tunes from the early 70s. We boarded his silver spaceship looking for respite from the pandemic…”

Kandle’s mastery of Young’s music comes as no surprise, having collaborated with some of Canada’s finest songwriters, including Sam Roberts, Coeur de pirate, Peter Dremanis (July Talk) and Devon Portielje (Half Moon Run), in her impressive career to date — which also includes a Video of the Year JUNO nomination and a Prism Prize award for her Not Up To Me music video. Kandle also starred in Jack White’s 2018 video for Corporation, and her music was recently featured in Netflix’s, Tiny Pretty Things. Growing up in the music industry as the daughter of Canadian rock royalty Neil Osborne of 54-40 has provided Kandle’s artistry with a unique insight. She brings a seasoned performance to every line and every word, channeling over a decade of touring the globe into music that’s familiar yet undeniably her own.

With strong influences from the fierce female greats of a bygone era (Nancy Sinatra, Billie Holiday and Shirley Bassey, to name a few), Kandle writes and sings exclusively with her heart; something so often void in the modern era of overproduced perfection. She sings honest and raw, vulnerable yet empowered, never afraid to pen even life’s heaviest moments. This is an artist at her most empowered and authentic – an artist who by sharing her own story of healing, can help us all do the same.