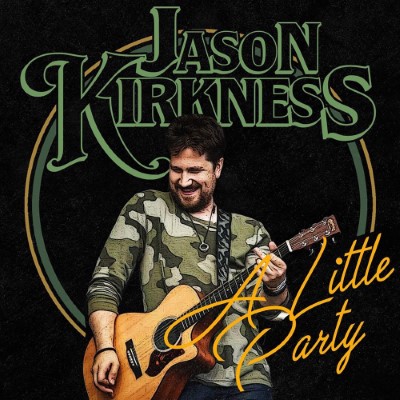 It’s been a while since we’ve heard from this country music rocker and undoubtedly one of the most well-known names in country music on the prairies, Jason Kirkness, but the wait has been worth it. This artist, who has shared the stage with superstars like Brett Kissel, Luke Bryan, Keith Urban, and The Road Hammers, decided to take the past two years to write, and reshape his music style and career. 2021 has opened the next chapter of his music story with the release of his single “A Little Party” via A1 Records on January 8 and it’s sure to be his best. The bar’s been raised and he’s jumped over it quite easily with this single.

Award-winning producer Dave Thomson (who is currently celebrating a #1hit with Lady A in both Canada and the U.S.) produced “A Little Party.” Hit songwriters Aaron Goodvin and Jason Petric (of Petric fame) got together to write this ray of sunshine when it’s most needed, dance in your chair tune. If you want a, not only summer party/drinking anthem but an anthem to have once this lockdown is completely over and can party “likes it’s 1999,” this is the song you want to be first on your playlist!

In an exclusive with Canadian Beats, Kirkness had this to say about “A Little Party” and his music,

“I was really looking to do something new this year and put out some fun, upbeat and positive music with a group of people in the same mindset. It’s been a tough year on everyone and I know that positivity has a ripple effect throughout the community and throughout the country. I knew the second that I heard the song that it was a perfect fit with what I’m doing and finding out that Aaron Goodvin and Jason Petric were two of the songwriters, made it even easier to say yes! The song is just about having a great time in a small group of people and making the best of all our situations, which is exactly what we should be doing right now! We’ll be together again at the big festivals in no time, as soon as everyone’s safety can be assured, but in the meantime, life’s too short, but the weekend is shorter!