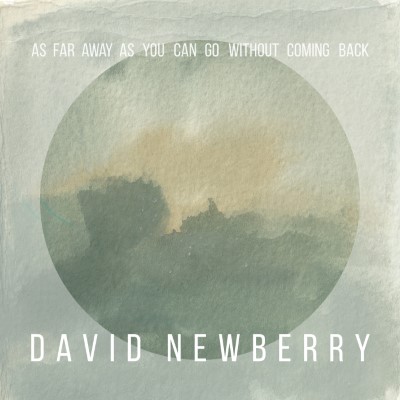 Album: As Far Away As You Can Go Without Coming Back
Release Date: October 23, 2020
Genre: folk-rock

It had been a while since Toronto’s David Newberry put out a release, but as of this recent fall, one is here at last. Recorded over a series of short sessions spanning 4 years, As Far Away As You Can Go Without Coming Back feels as though it were conceived of as the unified whole its songs have come to be.

The album fuses folk and rock, the opener, “Afterthought,” being one of the more latter-leaning with its rhythmically invigorating verses, stately hook of a chorus, and brash, noise-melding bridge. Typically, though, the songs are a bit more in the vein of the other genre, which you can hear in the easygoing melodies of strummed chords and relaxed vocals that pervade them all, as well as subtle piano accompaniment. At the same time, they are infused with firm beats and just enough effects-driven power to emulate, at times, a larger kind of energy. The album has a clearly defined sound, each song flowing smoothly into the next. If not paying close attention, for instance, you might not even notice the transition from “Gone” to “Boots,” both of which embody a similar pensive vibe while appearing to lyrically span ages.

David Newberry touches on the tough feelings and circumstances that can come with any era. But contrary expressions of acceptance and appreciation suggest that he has found a way to cope successfully. In that way, this album feels somewhat uplifting. If you need something to lean on, consider As Far Away As You Can Go Without Coming Back.