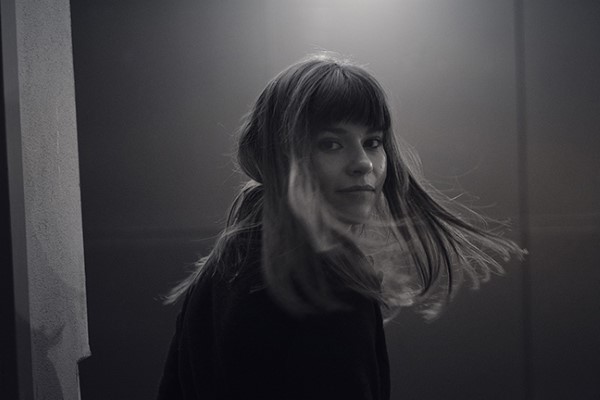 “This is a collection of songs that explores how our lives come to us in cycles… Or in seasons…,” Rankin muses of the offering. “We think feelings will stick around forever, but they crash like waves on the shores of our lives and move back out to the sea.”

“Jesse is an incredible producer, musician, and friend,” Rankin shares of Northey and their collaborative creation process. “Working on the album, it was just the two of us in the studio so we took our time drinking coffee and catching up.

“Ultimately it allowed us to approach each song with curiosity and humour.”

On her latest single release, “The Party” she considered how

“sometimes people enter our lives like it’s a house party,” Rankin says. “They trash the place — our hearts — and then leave before cleaning up their mess. It’s painful.

“Other times, we are that person to someone else. We’re all capable of being both the organ and the knife. This is true in relationships with others and also with ourselves. It can be difficult to make friends with yourself.”

Check out the video for “The Party” below, and find out more about Andrea via our Five Questions With segment.

Hello! I’m Andrea Rankin. I currently live in Stratford, Ontario on a quiet street next to a set of train tracks used by a little salt train. I’ve lived here for a few years since I started working as an actor at the Stratford Festival. I’m originally from Edmonton, Alberta, and got my start there as an actor, singer, songwriter, and musician. I studied classical singing and piano there; went to a performing arts high school; studied acting at university and appeared in my first plays, musicals, and operas. Since then, I’ve performed on stages across the country as an actor, singer/songwriter, and musician; most recently, at the Stratford Festival, which is one of the largest repertory theatre companies in North America. Last season I was supposed to play Ophelia in Hamlet and Hero in Much Ado About Nothing before the season was canceled in the spring due to Covid-19.

The unexpected outcome of this pause on live performance was that it gave me time to focus on releasing my first EP: a six-song alt-pop album called Tides. I’ve been a songwriter since I was a teenager, but never shared my music, until now. I recorded the songs with Jesse Northey (Victory Pool MGMT) and it was a joy to discover my sound. Its name – Tides – is a reminder that like our emotions, water is fluid and transient. Things are always changing and moving, whether we choose to notice or not. This brings me a lot of hope. Especially right now.

My music is alt-pop/indie pop and it’s been a joy to discover. There are six songs on my first album – The Party, Blush & Bloom, Dizzy Moon, Heal, White Flag and Fine – and they span everything from indie jam (The Party), bossa nova (Heal), pop (Blush and Bloom), whispering electronic (white flag) and longing ballads like Dizzy Moon and soothing closers like Fine. I grew up studying classical music and learning all of the rules. In recent years, I’ve been enjoying discovering how these rules bend and sway; what my voice sounds like when it’s totally free to explore and play. I love so many different kinds of music and I draw inspiration from many sources. The goal of the EP was to make enjoyable music that would also speak to people’s challenges, so I find the most satisfaction when I’m trying to be honest in my writing and telling a story. I spend time trying to find the chords that I need at a particular time. If I play a chord and it soothes me, I know it’s the right one.

Keeping creative without shows means many things to me! It means staying creative while music shows aren’t happening and it also means staying creative while theatres are closed. Since live performance has been paused, I’ve taken the chance to go inwards and celebrate my inner introvert. At times, staying home to keep my community safe has felt like a creative incubator. The quiet has offered a chance to reflect, to learn, to live slowly, and to write. I’ve been writing new songs, lyrics, and poetry; I’ve been lying on the floor and listening to entire albums from start to finish and enjoying new authors and stories. I’ve been collaborating with friends on ideas and dreams, and still auditioning here and there for film, television, and voiceover. In some ways, the pause and the chance to go inwards has been a really beautiful breeding ground for creativity in my life. It’s allowed me time, space, and boredom paired with deep emotions like sorrow and grief and allowed me to think and reflect about the world we’re living in; tinder and raw material for creative expressions of all sorts. I’m excited to see what I’ll share in the next while and what other Canadian artists have been creating, quietly, while at home.

I think I would say “The Party” – as I think we captured something really fun on that track and it’s exciting to think about writing music that people can dance or gather or jam to. Lately though, with everything going on in the world, I might say “Fine.” The last line of the song is “Somehow I know that we’re gonna be just fine”. People have expressed how much comfort this song brings them and I think we all could use a bit of comfort right now.

I love Canadian artists! We are an amazing, resilient, inspiring species that I treasure.