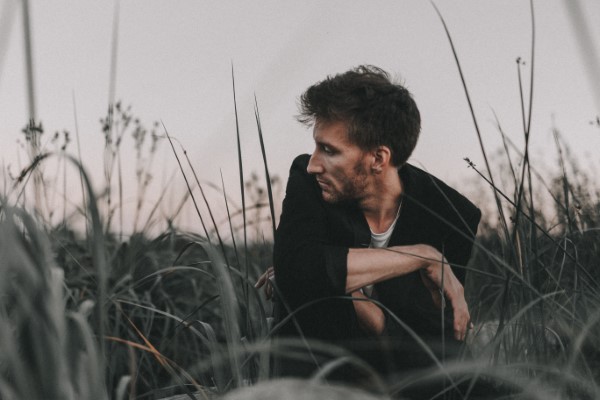 The single was recorded in the winter of 2019 at Light Machine Records in Vancouver, BC. It was Produced, Mixed and Engineered by Jeff Zipp and Mastered by Brock McFarlane at CPS Mastering.

“Black Dawn” is the third single and the oldest song written to appear on Wesley Attew’s upcoming EP, Where Do We Go From Here. Penned in 2016 at the time of the previous US Election and UK Brexit Vote, it is purely a coincidence that the song will now be released amidst the chaos of the 2020 elections. This is a protest song at the core full of surrealist imagery. It expresses the frustrations found in the seemingly inescapable constraints of our democracies and leaves us questioning how we form our opinions when we are surrounded by a confusing media onslaught. At times, we are left to vote for the lesser of two evils.

Check out the video for “Black Dawn” below, and find out more about Wesley via our Five Questions With segment.

I’m Wesley Attew, an English born, Vancouver based singer-songwriter. I grew up in a small town in England but I spent my late teens and early twenties travelling and working around Australia, Asia and the Middle East. In 2015, I immigrated to Toronto, Canada and formed my first music project as a solo act.

I have been an avid music listener and fan my whole life, but being a songwriter and musician is something that came later. I first picked up the guitar in my early twenties and I’ve been learning to craft my own songs ever since.

I would say my sound falls somewhere inside the Modern Folk Pop / Singer-Songwriter genres and leans towards the cinematic side of things. I usually perform as a solo act with electric guitar and a one-man-band style kick drum, a company called ‘Farmer Foot Drum’ make these fantastic percussion instruments.

I think I am first and foremost a songwriter, I started writing poetry and small scribbles of what would later become lyrics while I was travelling and those experiences definitely play a huge part in what I do and the way my music feels.

When I was growing up I listened to such a wide array of music from Indie Rock to Ska to Electronic, but if I had to pinpoint an original influence it would be seeing a live video of Bob Dylan performing Mr Tambourine Man. I think seeing that made me realize the true power of songs and how once they are out in the world they aren’t really yours anymore. I try to be as diverse as possible in my writing, whether it is an outward expression of the culture we are surrounded by, to more personal introspective songs. I think songs can be about anything and influence comes from everywhere.

What have you been doing to keep creative during the Pandemic?

Honestly, it has been an absolute whirlwind. Before the pandemic, I was working 40hrs a week and focusing on music whenever I had the chance. After I was laid off back in March things were very uncertain at first, but I think I realised very quickly that I had a massive opportunity to dedicate everything to music for the first time in my life.

I had been playing a ton of shows these first few years in Vancouver to help me find my feet in the scene, so when the pandemic hit it was actually a great chance for a break from those. This year gave me the chance to shift my focus to so many other areas of my music career. How to market myself, promote a record, video edit, play the piano and collaborate with other artists, just to name a few.

Amongst all this, my main focus from the start has revolved around releasing my upcoming EP “Where Do We Go From Here”. I finished recording it at the end of 2019 with Jeff Zipp, who is the fantastic producer behind Light Machine Records and this year seemed like my best shot at starting to put out this record.

I think this year has been full of so many ups and downs for me and my fellow artists, but I have definitely learnt more about the industry and my place in it than I ever could have imagined.

Right now I think “Black Dawn”, it is my latest single and I had been waiting to release this song for a while. You can find it on all streaming platforms and there will be a performance art music video following up the track on December 16th. This was shot by my long time collaborator Jack Madeley who is an insanely talented Vancouver, Photographer and Videographer.

I have honestly learnt of so many fantastic Canadian artists since immigrating here so it is getting tougher and tougher to choose. I would have to say Leif Vollebekk is one of my favourites, he is spinning on the regular for me. I also love Donovan Woods, Valley, The Arkells, Arcade Fire, City And Colour, Mac Demarco.