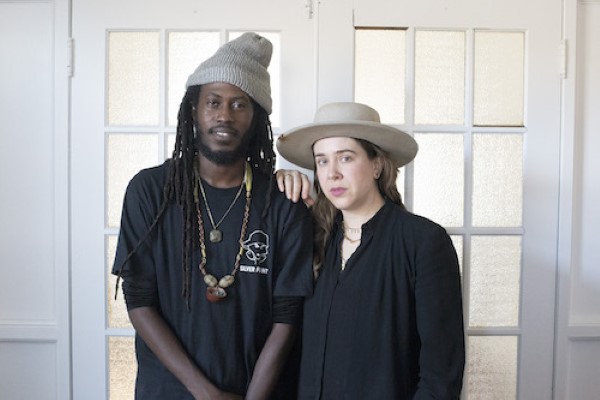 Toronto-based artist, Serena Ryder shares a remix of her new track, “Kid Gloves”, from her forthcoming album The Art of Falling Apart. The track has received the remix treatment from the renowned artist Junia. “Kid Gloves” (Junia-T Remix) is available now on all music services.

Like many in the COVID-era, Ryder and Junia first connected online after Serena saw Junia’s documentary ‘Studio Monk: The Making Of’ and reached out to congratulate him on his work. Ryder sent Junia her new record, The Art of Falling Apart and he immediately fell in love with “Kid Gloves”.

Junia, best known as Jessie Reyez’s DJ and Polaris 2020 short lister for his solo album Studio Monk, reimagined “Kid Gloves”- shifting it from an upbeat alternative/rock/ track to a more mellow indie/R&B/pop sound. The production features electronic percussion, a riffing guitar, and a soothing sax solo. The only thing Junia didn’t touch was Serena’s voice, giving her room to hit her expansive notes and showcase her incredibly powerful voice in this new style.

The Art of Falling Apart was written and recorded over 10 days, and the tracklisting allows the listener to follow Serena’s creative process in a truly linear sense. From beginning to end, they are with her. Each song was recorded the day it was written, featuring raw, unprocessed vocals. The album was written by Serena Ryder, Simon Wilcox, Gordie Sampson, and Tawgs Salter, and mixed by Joe Zook.

The album is one piece of a greater movement for Serena as a leader in mental health and wellness. A longtime advocate, Serena has worked with a variety of health and wellness initiatives, including Bell Let’s Talk, WE Day, Unison Benevolent Fund, and in 2018 won the Margaret Trudeau Mental Health Advocacy Award. She has presented her keynote speech (also named The Art of Falling Apart) to audiences across Canada, and will soon release a shortened animated version to grow its impact around the world. Recently, she launched The Art of Wellness — a free mindfulness program for artists and creatives. Combined with the album rollout, these pieces will help position Serena as a leader in both music and mental health.

Each track on the album is a story of the journey towards falling apart. Through “Candy”, Serena starts to be more transparent and vulnerable. In the second song, “Waterfall”, she learns to cry. These stories build to “Better Now” in which Serena realizes that one of the bravest things we can do is face our trauma, feelings, and fears, and by doing so, we can truly learn to love ourselves.