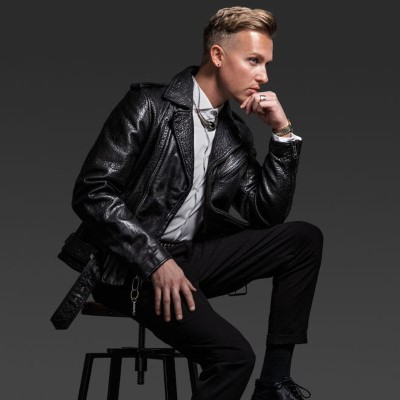 Valdii is lifting the curtain with his latest single, “The Mirror”. This is the first single of 2020 for the Canadian pop artist — formerly a member of renowned pop group Eleven Past One.

Back in 2013, the band found breakout success with their gold-selling single “The World is Ours” — the video reached over 1 million views and found success as a Top 15 radio hit in Canada. Through his time with the band, Valdii shared the stage with some major mainstream acts including Down with Webster, Cody Simpson, Tyler Shaw, and Danny Fernandes. Now, it’s his time to strike out on his own — working with the industry’s top producers and crafting a solo sound that’s all Valdii.

We caught up with the budding solo artist to talk about his new sound, releasing “The Mirror”, and what’s on the horizon.

What have you learned about yourself as an artist since you began your solo career?

What can you tell us about the studio experiences you’ve had? How has the experience been working with new producers?

Well, all of my studio experiences as Valdii have been in Los Angeles thus far. I love LA so obviously, it’s badass haha. Next week I’ll be in a studio on Vancouver Island, so another west coast studio experience. I love the west. I’ve said before, the west is the best! Being in writing sessions and in the studio recording as Valdii has been nothing short of amazing. I think it’s even more amazing than ever before because I’m writing and singing about my truth. In the Eleven Past One days, we’d be writing more fictional lyrics. Working with new producers has been awesome. I had the privilege of working with Damon Sharpe on a couple of tracks. He’s the nicest guy and super talented. He’s worked with artists such as Jennifer Lopes, Ariana Grande, DVBBS, Kelly Rowland, and Alesso to name a few. I’m still working with the legendary Brian Howes who I’ve been working with since 2010.

Do you have a fully-formed idea of the sound you’re overall work’s going to have? Or do you find yourself wanting to experiment?

I have a sound in mind but I definitely like to experiment as well. Most of the music I made last year and this year has been sonically influenced by artists such as Bazzi, Halsey, The Weeknd, and Post Malone. In this next batch of songs, I’m thinking of leaning towards more of the new Shawn Mendes, Justin Bieber, and Sam Smith music. A little more mid-tempo, piano infused. But who knows, when I get in there, things may change! They have before.

The lyrics behind “The Mirror” feel so relatable, especially in a time when we’re all more physically isolated and distanced than ever before. Tell us about the story behind the song — what led you to pen this single?

Thank you for saying that it’s relatable. I hoped that people would relate to this song. It’s my most vulnerable song thus far. Everyone has their demons. Everyone goes through trials and whatnot throughout their life. Mine got to the point where I would look in the mirror late at night and hated what I was doing, who I had become, things I couldn’t change. But, all at the same time, I loved it all. Weird concept that you can love and hate something at the same time, but that’s how I felt. So I wrote a song about it.

Is there an album or EP in the works? What can you tell us about the projects you have coming up?

Yes, there is an EP in the works. It’s definitely a singles-driven industry these days, but I have enough material all ready to throw it into an EP and then I’m going to write enough material next month to put out another EP. So, music is coming, stay tuned!

Musically, what are you looking forward to once things find a sense of normalcy? Are you hoping to tour?

I’m looking forward to playing shows. That’s definitely the biggest thing artists miss going through all this Covid stuff. I’m fortunate to still be able to go into the studio and write and record. And in my personal life, I can’t wait for normalcy to return. Just being able to hang out with whoever you want, going into stores without a mask on, things like that.