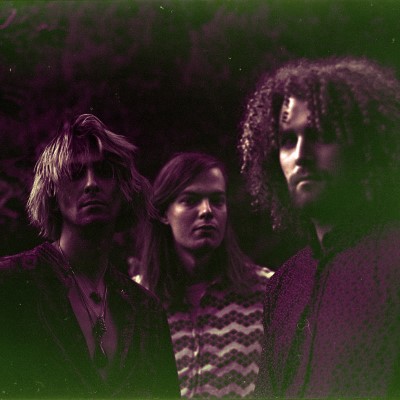 Toronto, ON-based band, Pretty has unveiled their new single, “By The Beach”, which was recorded to tape in one take and reflects the live energy of the band.

Check out the single below, and find out more about Pretty via our Five Questions With segment.

Our music is broadly psychedelic. We take cues from both classic and modern psych acts. We are definitely on the darker, more manic side of psych rather than the fun-in-the-sun variety: there’s a lot of (often righteous) anger in our songs that is noticeable in our playing. Moreover, we try our best to strike a balance between experimentalism and accessibility. We pride ourselves on producing music that is intelligible to civilians without restraining our groovier impulses.

We don’t have any upcoming shows at present, though we are attempting to organize some variety of recorded performance for live release later this winter. We’re all quite hopeful that summer ’21 will allow us to get back on stage, which is where we’re all most driven to be. We always try to stay well-rehearsed so that when we’re in front of a crowd, we run a tight ship, regardless of external influences. On occasion, things can loosen up a bit, especially if we’ve been playing for a couple of hours and the audience is sympathetic to our cause. Mostly we just try to make sure everyone has fun and stays out of their heads, including (especially) ourselves. Sometimes we have funky light shows too. In the meantime, though, our new record at least sounds just like our stage show. We recorded it live off the floor — all 5 of us playing together. The latest single (By the Beach) was cut in just one take.

If one were to listen to only one of our songs, we’d suggest it be Every Day. It’s a song where we show off all we’re capable of in four minutes. If you want our résumé, that’s the one.

Some of our favourite Canadian bands right now are locals: namely Kaleidoscope Horse, Hot Garbage and Possum. We’re also into some older Canadian artists, such as Skip Spence, early Guess Who, The Ugly Ducklings and The Polyester Explosion.