Home / Interviews / Five Questions With Born on a Wednesday

Five Questions With Born on a Wednesday 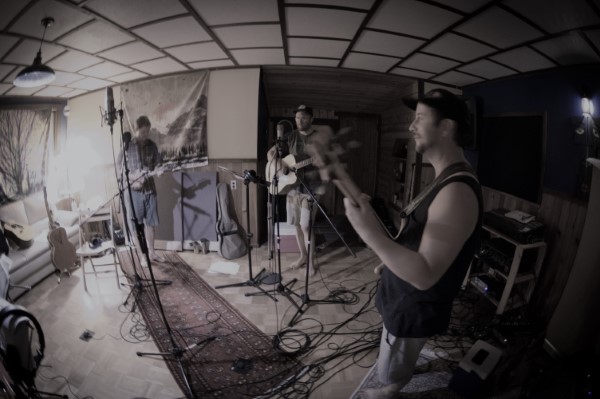 With a style that draws from a range of musical influences, it continues to be the compelling songwriting that gives Born on a Wednesday a sound that bends through many genres but is uniquely theirs.

Check out the single, “What A Waste” below, and find out more about the band via our Five Questions With segment.

We are longtime friends and have been playing together for 14 years in Nelson BC. Our experiences are vast and span from the West Coast to the Great Lakes with members from British Columbia and Ontario. We’ve all come together to live and play in the BC Interior, surrounded by large mountains, deep valleys, and an eclectic group of humans who call this place home. What started out as an open jam every week, playing and sharing music with many different friends and musicians, has evolved into a 5 piece band focused on songwriting, playing live, and recording our music.

Our band’s music is introspective and poignant. The members are musically versatile, each playing multiple instruments and contributing vocally. Our music comes from our hearts, and our lyrics reflect the lands on which we live and the lives that we’ve created.

This is a unique debut album. There are four lead singers and no drummer. You will hear influences from folk, blues, bluegrass, country, and soul and we’ve been described as Mountain Folk or Roots. Each songwriter’s style, lyrics, and voice is unique, which all come together to collectively make up our feel. There are songs that speak of heartache, addiction, tough times, and hopeful times. The songs are easy to listen to, yet engaging and complex.

Our album was recorded “live off the floor” and gives a real sense of what we might sound like live.  As a band, we really play off each other and wanted to recreate that for the album.  We recorded the entire album with the whole band in the room playing together.  What you’re hearing is a live take of the song and as close to a live performance as it gets.

With shows on hold due to COVID, we are looking forward to getting back in the studio this spring.  We have been writing lots and have a second album of songs in the works.

With the album “Western Wind” we really tried to create a full album.   Nothing was meant to stand out and we didn’t want to hide songs deep at the end of the album.  We focused on creating an entire piece of work that flowed together front to back.  I guess we would suggest putting aside an hour and laying back to take in the whole thing.

I like this question because I think it really highlights the band’s different musical backgrounds.  Some are into Kacy and Clayton and the Deep Dark Woods while others are into bands like Sabota and Alysha Brilla.  I’d add Bahamas, Ocie Elliot, Harpoonist and the Axe Murderer, and Plants and Animals to the list as well.