Still Eighteen releases video for “Make This Feeling Go Away” 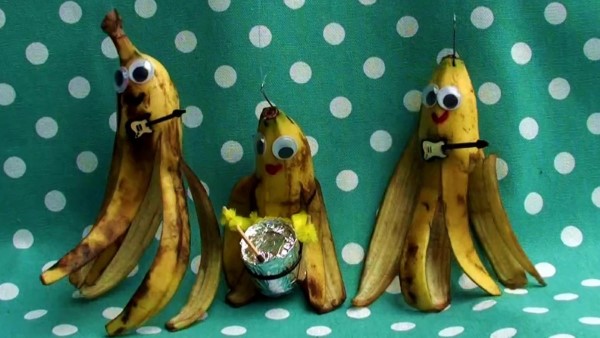 Canadian alt-rock band, Still Eighteen is back with a new music video for their single, “Make This Feeling Go Away”. They hope the video, which features the “Rocking Bananas” will put a smile on everyone’s face during these challenging times, and it just might do that! The “Rocking Bananas” made their debut in the viral music video for “You Hit Me Like A Drug” (1 million views and thousands of shares on Facebook in just under 2 weeks), and now they are making their return and bringing along some special friends.

“Make This Feeling Go Away” is a breakup song that’s anything but sad, it posits an alternate 90’s dimension in which No-Doubt-era Gwen Stefani hops up on stage in her red plaid pants to join David Bowie as they perform their new fictional smash hit. This high-energy duet brings the soulful, resonant male vocals of Iggy Pop in Candy, & pairs them with the ultra-cool, fed-up female vocals of the B-52s’ Kate Pierson, which in the chorus, become more pleading, punk-rock, & desperate in their despair.

Check out the video below, and stay up to date with the band via their socials.