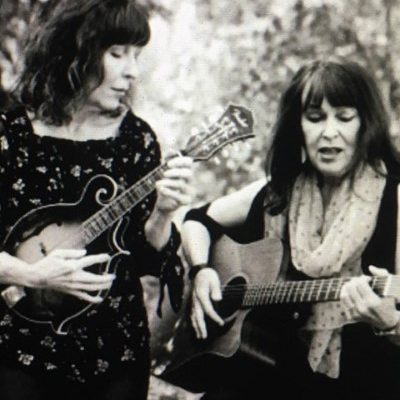 Up-and-coming singer-songwriter duo, Cameron & Crawford is made up of Trish Cameron and Wendy Crawford. The two have just released their fourth single in this year alone, entitled “I Want A Song”.

They began jamming in the early 2010s and co-wrote their first song — a country-inspired tearjerker entitled “Never Said” — in 2014. Two years later, they made their performing debut in their hometown of Saskatoon, SK, with an eclectic mix of covers and originals.

Since then, they’ve been putting their blood, sweat, and tears into their creative craft and, in turn, have created a collection of soulful songs inspired by some of their favourite genres and musicians. Throughout their catalogue, there are sprinklings of swing, bossa nova, Latin and Spanish music as well as influences from Joni Mitchell, Bob Dylan, Billie Holiday and Burt Bacharach, among many others.

The Prairie sisters are founding members of an international songwriters’ group inspired by American folk singer Kristina Olsen’s very own songwriting class. In their words, the guiding light for this creative troupe are their “deadlines.” Each member is supposedly responsible for writing a new song every single month.

“I Was a Song,” was a result of one of those sessions.

When trying to formulate it, Wendy recalls:

“I was sitting on my deck looking at the garden. I needed a song to share with my group of songwriters and the first line came: ‘I want a song where the words are a garden.’” On that line specifically, Wendy said “I guess I was hoping for something full of beauty, like a garden. I don’t usually write lyrics first but once the first line came, the rest followed pretty quickly.”

Though “I Want a Song” was written as a Cameron and Crawford song, Wendy wrote the entire thing. The three-minute number was recorded by the girls’ producer and engineer, Simon Jasieniuk, at Beez Neez Recording in Saskatoon. On top of that, Wendy enlisted Canadian musician and filmmaker Jordan Trask to create a music video for the song. The aspiring musician called it an effort of “a creative team of three,” but commended her fellow-songwriting sister Trish for “cheering” her on throughout the process and ultimately “having faith in the song,” as she was the one who convinced her to actually record it.

Check out the official video for “I Want A Song” below, and find out more about Cameron & Crawford via our Five Questions With segment.

For sure. Hello readers! We send you holiday greetings! Cameron & Crawford is made up of myself, Wendy Crawford, and my sister, Trish Cameron. We’re from Saskatoon and were raised in an “artsy” family where music was playing most of the time, there were lots of books and art supplies around. We were a family that sang for the pleasure of singing. As my parents were able to afford it, Trish and I studied violin and piano respectively. We sang in choirs. After university, I lived in Toronto for three years to study classical piano. When I moved back to Saskatoon I joined a vocal jazz group, performing standards mostly. All during this time, I was writing. I remember taking songs to Songposium sessions that were run by Songwriters Association of Canada.

Trish took up the mandolin while living in Calgary and we started going to a jazz camp in B.C. every summer. That’s where I started playing guitar and learning all these cool chords that we use in our writing. Trish moved back to Saskatoon. On the May long weekend, we were at the family cabin, sitting on the deck watching the ice melt off the lake. I was goofing around on her ukulele and came up with a chord progression we both liked. She ran to the bedroom and came back with a complete lyric for a song we called Never Said. I knew she could write, but she surprised me with the lyrics. I think that’s when Cameron & Crawford was born. We started co-writing, joined SaskMusic and started attending events, met other Saskatchewan songwriters, started performing with some of them, dragged one of them to music camp where we all took a songwriting class and joined up with 3 more women from the class and formed a group that still meets online every month, three and half years later. Every member has to have a new song to share. It’s called “the magic of deadlines approach to songwriting”, a phrase coined by Kristina Olsen, the L.A.-based songwriter and teacher of the course. It works. When we had lots of material written and were performing it in our new trio, having been joined by our bass player, Wayne, we decided to start recording. We met our first producer through SaskMusic, Lorena Kelly. We recorded three singles in 2019 and released our first song in November 2019 in time for the holidays. It’s a jazzy Christmas song full of fond memories of past holidays. We released two more singles in August 2019, and our 4th release is I Want a Song. We’re so glad you are featuring it.

Brian Wilson said he wanted to create something he wanted to hear and feel. That’s our goal. One approach is coming up with a chord progression we both like. Trish picks up her mandolin and starts playing a melody over the chords. We both focus in on the rhythm of the melody and ask what the music is saying it’s about. Then the lyric is developed with lots of turn taking, trying really hard to stick to the topic and make sure the listener has a chance of understanding without spelling it out. We come from a long line of word and poetry lovers. That helps. Other times, we’ll start with a phrase or a riff. We tend to jump on each other’s inspiration bandwagons. I came up with the riff and first line for our song Great Wall, Trish came up the beginning of Indigo Delight. For A Lovely Time of Year, we made a list of all the things we love and remember about Christmas and used it as a springboard for the song.

We have kept the creativity flowing by continuing to write, arrange, record, and release our songs. We set the goal of releasing an album in 2021, and have been working towards that. Recent restrictions mean we can’t go into the studio, but we’re working virtually with Simon Jasieniuk, our engineer/producer to map out tracks, sending ideas back and forth. I keep working on improving my guitar skills so I practice pretty regularly.

We recently made a video of our Christmas song for SaskMusic’s online concert series Home for the Holidays. We hope to make more videos of our original tunes and covers. We’ve also been thinking about artwork and layout for the upcoming album. Being independent artists, we wear lots of hats.

If you had to suggest just one song for people to hear what would it be?

I would suggest Great Wall, in order to hear how Cameron & Crawford write together. It’s a song for this time with the message that love can tear down the walls between people. We need that now.

Canadian Beats is all about Canadian music. Who are your current favourite Canadian bands/artists?

Our favourite current Canadian artists cover a broad spectrum. Jann Arden, Erin Costelo, Hawksley Workman, and Molly Johnson are great artists. Half Moon Run is such a talented band. Megan Nash and Bears in Hazenmore are gifted Saskatchewan artists. On the jazzier end of the spectrum, we really like Andrea Superstein and Mike Rud. Iconic Canadian artists for us are Joni Mitchell, Leonard Cohen, and Gordon Lightfoot. There’s no end to the talent in Canada! Thank you for what you are doing for Canadian music!