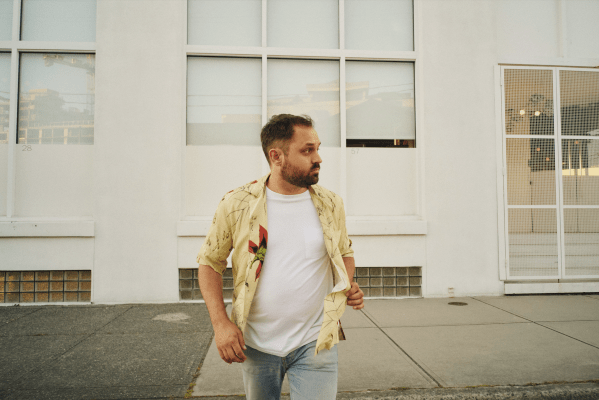 Mike Edel has recently released his fourth full-length album, En Masse via PENNANT. The album features all co-written songs by Edel and includes the up-tempo singles and accompanying videos, “Hello Universe” and “Good About Everything.”

When writing “Need You,” the latest track to be featured off of En Masse, Edel recalled distinct images and specific bars he’s toured to in his imagination. We all have cabin fever presently, but there’s a homesickness to “Need You.” We always want what we don’t have.

Check out “Need You” below, and find out more about Mike via our Five Questions With segment.

I’m Mike Edel. I grew up and played hockey in Alberta, then got some itchy feet that routed me through Germany, Edmonton, California, Victoria (for 7 years), and now Seattle, WA in the last few.

I came from a place where I put all my energy into making a BOLD ARTISTIC STATEMENT, but with my new album, En Masse, I wanted to bring in more people, collaborators, and co-writers and find new energy and change things up. We embraced melody, intuition, and first instincts, and I because of this it’s something new and different. My natural inclinations are somewhat opposite this approach in making records and writing, but that was the point.

I generally play with a band and have a pretty tight set that feels more indie-rock than a singer-songwriter. Here’s the most recent live performance from En Masse. But sometimes I occupy a more singer-songwriter realm and tell stories about my dad, Larry. My wife and I are going to move into a van and play a backyard show early next year in the USA – Covid-era touring I guess?!

In November-March ‘Giving Up On Giving In.’ If It’s April-October, ‘Still Thinking About You.’ sorry.

I’m going to go left of center. I think the band Nature Of, and their album ‘The Mean’ is an amazing record. It’s the record that got me onto Marcus Paquin who ended up mixing most of En Masse. Jon Bryant is a friend of mine who is great. I have a few of my friends and collaborators covering songs from En Masse. Here’s his.