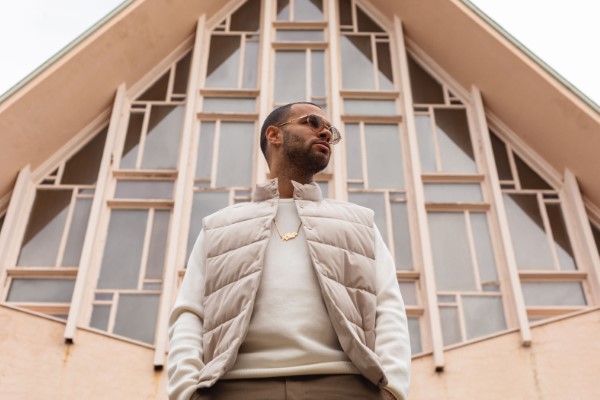 Montreal, QC-based up and coming rapper, bassist, and producer, Milla Thyme has released a new funk pop-soul single, “3 Dimensions” along with a video to accompany the release. The single, which is from his upcoming album, Everything Has Its Thyme, is produced by Chris Vincent, from the electro-soul band, Busty and the Bass.

The video references the golden age of hip hop of the late 80s with an air of humor. It was shot on 16mm film and features the artist narrating the story of his own life growing up in Toronto, rapping at house parties all over the city, while also featuring his current crew and community in Montreal.

Check out the video for “3 Dimensions” below, and find out more about Milla Thyme via our Five Questions With segment.

Whaddup Canadian Beats?!? I go by Milla Thyme – I am a rapper, bassist & producer originally from Parkdale, Toronto but now based here in Montreal. I write music that you can feel and relate to, in essence, music to touch the soul.

I would classify my writing style as a narrative approach. I start off with the subject or topic and then build the verses and music around that topic.

For my last track 3 Dimensions, I drew inspiration from Who’s World is This, by Nas and Penny Lane, by The Beatles.

Both are different genres but both are similar in their descriptive nature — documenting what they are seeing in their surroundings, I’m applying this in a similar way and giving you my story.

If you have never seen me and my band perform  — you’re missing out, that is where we shine. Playing live is really where you are able to see the talents take the front seat.

My band and I have developed a culture of weekly jam sessions with 20 other musicians at #Le Cypher nights playing with the best hip-hop and neo-soul musicians in Montreal over the past few years.

We bring a certain caliber. I rap and play bass simultaneously, in the front, but also hold down a foundation with the band. We seamlessly blend live arrangements, sequences and can improvise at the drop of a dime.

Hopefully, we can hit the stage sooner than later! I am itching to get back to the stage.

My latest single 3 Dimensions is definitely a good place to start. There’s something about a four-on-the floor beat that instantly gets people instantly in the mood to dance.

Often I feel Canadians overlook their own homegrown talent, we need to change that. Right now we have some of the best producers in the world and we NEED to show them some love! At the moment I am studying producers like Potatohead People and Pomo out of Vancouver and of course Kaytranada from here in Montreal. Other local artists I am listening to know are Junia-T and Mallika Tirolien.