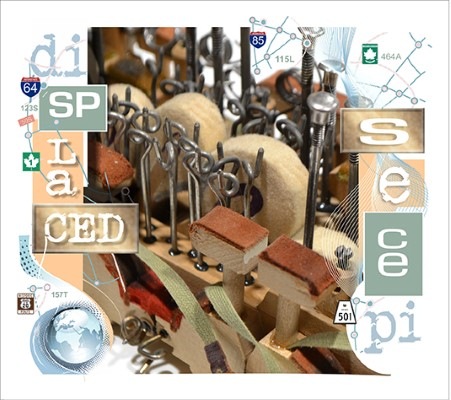 Displaced Pieces is made up of Leonard Shaw and Sandy Chochinov. They have unveiled their newest single, “Be Strong”, along with a video for the release. This new rock/jazz single was written to remind everyone to not give up in the face of adversity.

“The music has been developed over the past few years, but not without its challenges. Sandy and I thought it appropriate – even in this difficult time of social distancing – to celebrate what we have accomplished, and some of our shared history,” says Shaw about the new single.

Check out the video below, and find out more about Displaced Pieces via our Five Questions With segment.

Hi everyone my name is Sandy Chochinov Canadian musician since 1968

And I am Leonard Shaw – a performing musician, multi-instrumentalist and vocalist.   Co-writer with Sandy on our latest project “Displaced Pieces”

SC- I’ve always been influenced by musical artists like BB King, Muddy Waters and the Beatles which of course everybody just went crazy  over.

All the musicians and their different creative modes have influenced me equally in my musical journey.

My musical ideas either come from a Groove or from a melodic idea.

All the different genres of music I listen to and musicians I have seen perform  live or I have performed with have influenced my writing style in some way and will stay with me for ever.

LS – I believe this project reflects the multitude of musical styles that have inspired us along the way.

Sandy & I have a long shared history of musical influences, growing up in Winnipeg’s North End and playing in bands since we were teenagers.

The first band we played together in  was  a blues band called “Mojo & the Nighthawks”.

As a sax and keyboard player, Miles Davis with his fusion of jazz and rock and the musicians that he included blew my mind! Bands like Weather Report, Chick Corea’s Return to Forever, Herbie Hancock and The Mahavishnu Orchestra changed my perception of what music could be. Then Steely Dan, adding great vocals and narratives on top of these fabulous musical pockets are outstanding and inspire me.

I have had my own home studio for the last 20 years.

I spend many hours laying down ideas, grooves and melodies there.

Besides Lewsh and I just releasing Displaced Pieces I have also been creating grooves and melodies for my 16 year old Son Joachim Chochinov to play whatever he comes up with on these tunes.

Lewsh is also involved with creating music on this project.

This will be my 17th music project to date.

LS- Until March 2020, I was performing, touring with Canadian band The Guess Who, and performing around Winnipeg regularly with local bands in smaller venues playing jazz and blues.

This is the most downtime I have ever had in my life!

I miss playing with and for other people; but it has given Sandy and I a chance to finish recording and mixing our project in ways that we would not have ever had!

I have added some consistently healthy habits into my daily routine of exercise, diet and meditation with rotating practice on my instruments. I have written a few new songs and completed some home renovations!

If you were asked to suggest only one of your songs for someone to hear, which would it be?SC- The one song I would love everyone to hear of mine would be:

LS- Tough question -only one? Staying current, I will pick “Oh How Hey Now” from “Displaced Pieces”. I love the way that song evolves and how it resolves.

LS- Current artists that I like are Sass Jordan, Ariel Posen, The Landreth Brothers, The Weeknd. I am also a fan of classic Canadian artists the Band, Joni Mitchell, Gino Vanelli and Leonard Cohen;  jazz artists Lenny Breau and Oscar Peterson.