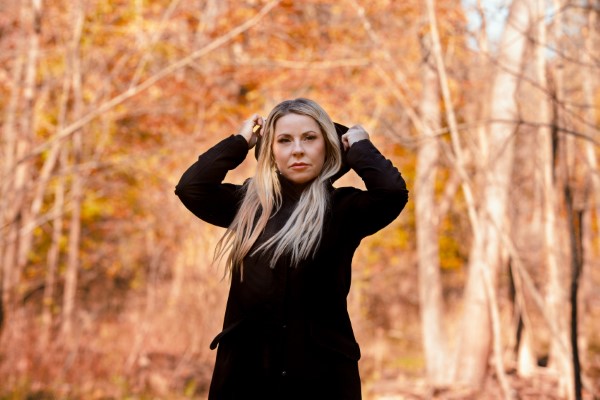 Milton, ON-based Apricity has unveiled her debut single, “All My Lies”.

Teaming up with Canadian producer, Thomas McKay, Apricity was initially drawn to the Evanescence-inspired dark tones that permeate the track’s lyrics and music and says McKay was the perfect foil for helping ensure the song was a stylistic good fit.

“I want to sing songs that move me; I wouldn’t want to have my name on something I didn’t feel, and this song resonated with  me on multiple levels.”

Apricity recalls that once in the studio, she was slightly taken back with how the producer pushed her to strive for a consistent level of excellence. Driven by the song’s infectious and anthemic chorus, Apricity’s powerful vocals reflect McKay’s drive for perfection in the studio.

“Thomas was tough but in the nicest of ways. He was constantly pushing me to be better, and honestly, that’s exactly what I wanted to get out of this experience.”

Check out the video for “All My Lies” below, and find out more about Apricity in our Five Questions With segment.

Hi Canadian Beats!  Apricity here. I am an alternative rock singer, born in Scotland and now living in Puslinch Ontario.  I’m a bit of a joker, love animals and traveling, and embrace music. All My Lies is the first single from my upcoming EP which will be released in Spring 2021. Music is such a big part of who I am. My stage name is taken from an old English word which means “basking in the warmth of the winter sun”, which I thought was very appropriate for a Canadian artist.

Tell us about your single, “All My Lies”.

The song was written by Keith Varon who recently had a #1 song on Billboard that he produced and co-wrote. I was lucky to team up with Platinum-selling/Juno nominated producer Thomas Mckay of Exeter Studios and Juno award-winning engineer Vic Florencia to bring this song to life. The song is about not being able to live up to someone else’s expectations, but in the end, doing what suits you. This song is someone’s journey through this situation.

What was the highlight of the video shoot for “All My Lies”?

Honesty, filming in a known haunted house was the highlight! It was a Century Home called the Lucas Family Homestead at Country Heritage Park in Milton, Ontario.  It was built between 1835-1840 and had 14 people living in it. The day we shot the video we had 40+ people on set. We shot all day and wrapped at 3:00 AM. We certainly all had some spooky feelings throughout the day and night. At one point we felt a slight wind blow through were no windows or doors open.

This year has been challenging for everyone. I’ve been working hard to finish recording my debut EP which will come out in 2021. I am just trying to stay focused and hoping that we can get back to being able to do live concerts next year.

We have so many talented artists in Canada. It’s hard to choose! I have always been a huge fan of Alanis and Avril.  Also love Sam Roberts, Our Lady Peace and Billy Talent.