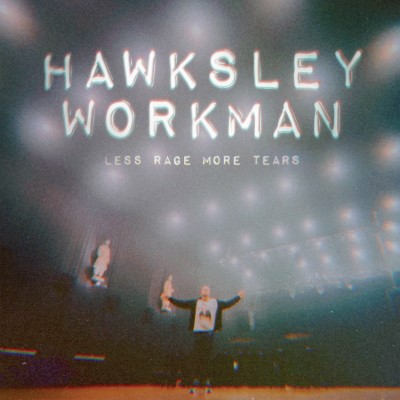 I think I could pick Hawksley Workman out of a vocal lineup any day. No one sings quite like he does; there is something intrinsically worldly about his voice. It’s a worldliness that certainly lends weight to Less Rage More Tears.

The title makes it clear that the album isn’t all just fun and games. Sure it is to an extent, like the explicitly positive “Tahiti Treat” with its upbeat feel and lyrics about having a good time, the carefree whistling and vibrant keyboard soloing of “Just a Dream,” or the warmly penetrating bass and brisk percussion that make “Around Here” particularly pleasurable. But there is a darkness to certain other songs. “Young and Wasted” comes in with clean, edgy instrumentals and haunting vocals, while “Slow Suicide (By Wine)” is likewise foreboding with its grand chorus and soul-shaking guitar. In the context of it all are lyrics of beauty versus desolation, featuring recurring motifs of Jesus and/or naming strays, and in general just a whole lot of truly impassioned crooning.

Less Rage More Tears has Hawksley Workman simultaneously channeling the joys and despairs that combine to define all of our existences. Released during an especially daunting year that has underlined such highs and lows more than ever for so many of us, it’s a dichotomy we all might appreciate, set strikingly to rather lovely music.