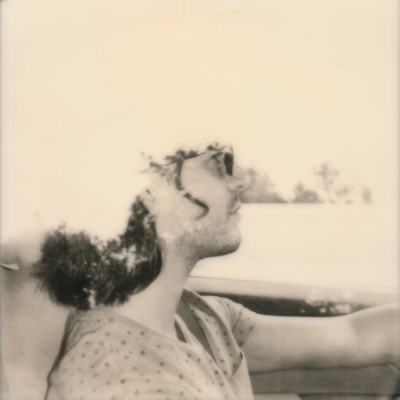 Ontario-based Arih SK has unveiled his album, Ready. The album features 12 songs, some of which are almost 10 years old.

“This album spans tumultuous times in my early adulthood: the unfettering of a promising young love turned sour, meeting someone new, becoming a parent, and losing a parent. Sometimes you are ready and sometimes you can never be. Either way time propels you.”

Arih shares on the recording process,

“Recording began in my living room, I was instructing Mark Hoerdt (Knife the Wolf, Charles J. Hunk & the Trainwreck) to play the drums softly whenever the child was napping. Then we moved tracking to Two Flamingos Studio with the late Jordan Rutledge. I fondly remember his big smiles, timely jokes, friendly dog, and unbelievable ability to make an electric guitar do absolutely anything. There was a time when it was so hard to listen to some of these songs, but now I feel the connection and love for my friend stronger than the sadness. It was probably a year or so later when Amanda Parker helped me finish the album. She sifted through files, she mixed, she tracked synth and backup vocals, she really brought these songs out of the compost pile and breathed in new life (she’s the best). Final touches were lovingly applied by another wonderful human, Siegfried Meier, at Beach Road Mastering.”

Check out the album below, and find out more about Arih via our mini-interview segment.

When I was about 4 or 5 my best friend started taking violin lessons, I thought that was cool. Then I heard a tape of Ashley MacIsaac and I had to try it. I stuck with violin for about 10 years before picking up a guitar. The six-string has stayed with me through the tumultuous times of becoming an adult – moving in with someone, adopting a pet, breaking up, trying to understand things, trying to move on, meeting someone new, losing a parent, and becoming a parent. I’m a father now, also a partner, a son, a brother, a reader of books, a builder of bridges, a recreational hockey player, and a songwriter.

What can you tell us about the writing process behind Ready?

Some of these songs are about 10 years old and they started in earnest toward the end of a long-term relationship. Looking back now, the songs read loud and clear that it was over, but at the time I didn’t feel that on a conscious level. So, for me, songwriting is sometimes about understanding my own emotions and feelings – something that needs more practice. The writing and then the singing bring out the things I need to feel when trying to deal with things ending or people leaving. Then there are also songs on the album that are about beginnings, which come with a new set of uncertainties and anxieties. There is always hope in beginnings, with potential for great sadness. In endings, there is great sadness, but potential for understanding. And after enough time has passed, sometimes there are good memories to uncover as well. When the really bad things happen, I try to make myself write and write and write. Later, I need to sift through all the material to see if I can find the hope and understanding among the melancholy.

What track on the album would you recommend that people listen to first?

Breakfast Table starts things off. I’m not a big breakfast person, but I never miss my morning coffee. If there’s time, I’ll sit and drink it by the window. I get nostalgic for the family breakfast table with my mom and dad and my brother, eating Lucky Charms or Captain Crunch (if we were lucky), and watching the birds come and go at the feeder. You get older and then you have to watch people come and go and it gets really hard to watch someone go. So this song is really about loss and nostalgia, but also about our support networks and how we can and do hold each other up through the bad times.

Late at night, after the kids are in bed, I crawl down to my basement lair (part music studio, part workspace, and part storage) and strum a few chords to see what happens. Sometimes I’m lucky and a song forms. Other times I add to the pile of ‘not quite’ or ‘maybe this chorus can work in another song’. During the first closures, I started recording several new songs in the basement using my one decent microphone and 2006 MacBook. Then I transferred the tracks to my friend and producer, Amanda Parker (who also mixed and produced Ready along with Jordan Rutledge), for mixing and many phone discussions. This summer and fall, I’ve also recorded in a pop-up camper, a garage, a gutted house that was up for sale, and in a Sprinter van turned mobile recording studio operated by Siegfried Meier.