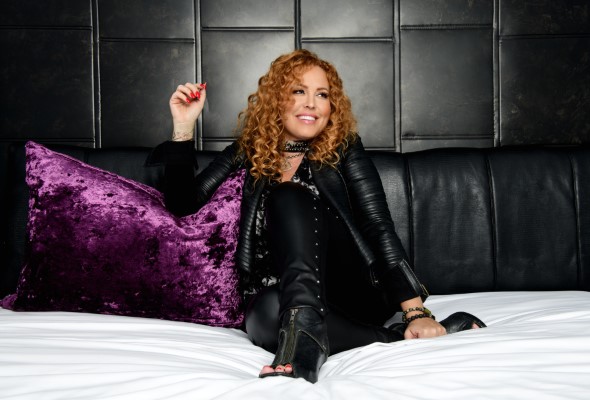 Langley, BC-based award-winning country artist, Karen Lee Batten is back with her brand new single, “Too Strong”. “Too Strong” was co-written with Jeff Johnson, Mitch Merrett, and Chad Kroeger – and was originally created just before the pandemic began, but its empowering message of love, strength, and hope has taken on additional meaning now during its release. “Too Strong” was also produced by CCMA award-winners Johnson & Merrett.

“This song isa testament to how music can develop almost by accident. Jeff Johnson had finished a long studio day when we started talking about life. By 3:30AM, we had started recording into a phone. By the next morning, Mitch and Chad were adding their own ideas and soon after, we had a complete song that was effortless and organic to create from start to finish.”

The creative happenstance that brought “Too Strong” to life at the end of 2019 has given way to a new personal meaning for the artist as the song as it begins its release phase in a new landscape.

“The heart of ‘Too Strong’ is about staying strong through the tough times in a relationship. With the challenges of our new reality, I feel that there is a deeper message about recognizing how strong we really are as humans. Whether that strength is there for us as individuals or to put into our relationships, we are too strong to give up. We must move forward.”

“Too Strong” will be followed by two more singles and an EP in the summer of 2021, also co-produced by Johnson and Merrett.

Watch the video for “Too Strong” below and find out more about Karen via our Five Questions With segment.

I’m Karen Lee Batten. I am a singer/songwriter based out of Langley, British Columbia.

I don’t like turnip or broccoli, but I do love dogs and sushi.

My new single, “Too Strong”, is out digitally and on Canadian radio now. It was a blast to write with Jeff Johnson, Mitch Merrett, and Chad Kroeger. Jeff and Mitch also produced it. It’s been really great to see it connecting with so many people so far and I think you’ll love it, too!

I love to co-write!

I have written on my own before and to be honest, it’s not my favourite way to write. Maybe it will be sometime, but the reason I love co-writing comes from how I can merge life experiences with those from other writers.

Writing is so personal and having the chance to open up to someone you trust and vice versa is truly an awesome experience. We all go through things differently – happy, sad, mad, down, up, looking backwards or forwards or just being in the present. I find such creative energy develops from the passions behind others’ experiences when they are combined with mine. I feel like this is the best formula for a great song.

As we all do, I wish the world could be like it used to be, but it can’t right now, so most of my shows have been put on hold at the moment. We do have some live events that we are planning coming up. Truly can’t wait to play the new single live for the first time!

I would say that my performances are personable. I try my best to make sure my crowd knows that I see them and I feel them, and all I hope for is that the feel me too. I sing big…and I sing strong. I sing with everything in me, every muscle and every bone in my body feels the words coming out of my mouth. My goal every time I hit the stage – whether there are 500 people or 10,000 – is that they know that and can feel it too. It gets me pumped even writing about it, I do miss it a whole hell of a lot!

Good question, and that’s a tough one to answer for sure. I would have to answer this a couple of ways.

One – I would say my latest single “Too Strong,” because it’s where I am today, it’s my sound now and my latest writing. I feel super proud of this song and I feel like I has a strong positive message which we need in this world today.

Two – my last album “Under The Covers In Muscle Shoals” is a record I cut at the world-famous Fame Studios in Alabama. This is a forever album, a once in a lifetime opportunity that no one could every duplicate. Owner and producer Rick Hall (Aretha Franklin, Etta James, Otis Redding) and monster guitar player Jimmy Johnson (When a Man Loves A Woman / Respect / Brown Sugar / Mustang Sally) both worked on that record and have since passed (rest peacefully, friends). This record is made up of 11 cover songs, of which 10 were recorded in Fame with a lot of the musicians that originally recorded them – “The Swampers” studio band. Out of those 11 songs, I would say “Do Right Woman” is one of my very faves. But honestly, that’s a hard one to decide.

Well, continuing from my last answer, the one song out of the 11 that we did that was not cut there was Amanda Marshall’s “Let It Rain”. I wanted to bring a little Canadian music into Alabama!

So Amanda Marshall has always been one of my favourite Canadian artists along with Alanis Morissette, The Tragically Hip, The Tea Party, Sloan, Theory of a Deadman, Michael Bublé (if you have never seen him in concert go, he is hilarious), Alannah Myles, and of course Nickelback – to name a few!