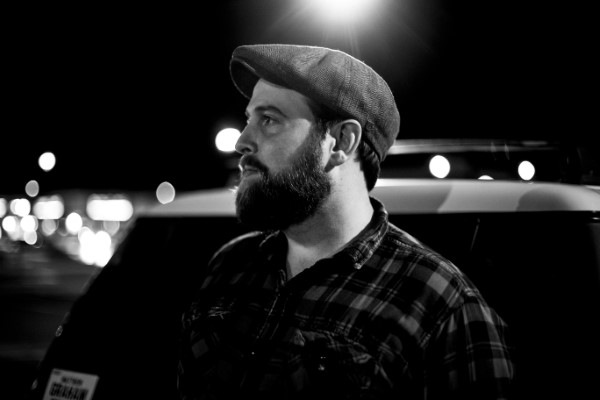 Millbrook, ON-based singer-songwriter, Peter Graham released his full-length album, Despite Where We’ve Been on November 23, 2020.

The album features, newly released single, “Fireworks and Liquor”, along with a collection of diligently polished alternative folk songs.

Graham shares his vision for the album,

“I would describe it as a series of songs without a shared story. Some are personal, some are fictional, and sometimes they are a combination of both. The songs share stories of conflict and reflections told with an underlying hope and acceptance.”

Graham describes the process of creating the record,

“The writing process certainly took some time but I enjoy the process of editing lyrics and song structure so that is not said begrudgingly. I also really enjoyed workshopping songs with two of my favourite songwriters; Bryce Jardine and Tim O’Reilly. Traditionally I don’t like the recording process, I find it very stressful, the finality of it all. To take the pressure off and enjoy the process our traditional 4 piece band got together for 4 days in January in the unfinished basement of my parents home in Millbrook. My parents were kind enough to stay with my brother and left us the house. Our bass player Tim took on the task of producing our record while also performing on it and without his contributions the quality of this project declines in a pretty sad line. W managed to set up and track the beds of all 10 songs over that period and I think I can safely speak for everyone that we had a great time doing it.

From there we brought in Anthony Carone on keys, Claire Coupland on vocals, Graeme McGillivray on guitar, a string quartet, as well as a group of friends that assembled as an impromptu choir which was recorded in my brother’s barn to allow for enough room to socially distance. With each addition we got to see the songs evolve over the last 9 months and that was certainly a fun process to be a part of.”

Check out the album below, and find out more about Peter via our Five Questions With segment.

My name is Peter Graham and I’m a songwriter from Millbrook, Ontario. I’ve been writing songs for over a decade now. I’ve been playing with my current band since 2017 which consists of Tim O’Reilly (bass), Nathan Gray (pedal steel) and Dave Gibson (drums). We mainly write alternative folk music but on occasion we take some liberties and drift into country and indie rock. A friend once described our band as feeling like “Blue Rodeo’s frustrated little brother.” I don’t know that he was right but any reference saying our music resembles Blue Rodeos’ is welcomed by me.

I like simple acoustic guitar with concise lyrics that are honest, particularly ones that warm your heart or punch you in the gut. I am always drawn in by a strong vocal delivery, particularly when it aligns well with both the feel and the story of the song. I try to do my best to bring both those attributes to our music. In the case of our band, we have many ways of going about writing. My favourite method is when I bring a half-done song to the band and we workshop the song in rehearsal. After that I sit with the lyrics and edit for an extended period. I’m fortunate to have the calibre of musicians that I do in our band and their experience is something I like to lean on in the writing process. You know when kids go bowling and they have bumpers set up to stop the ball from going into the gutter? My bandmates deliver that kind of assistance.

Regrettably, Covid-19 has stopped us in our tracks in terms of upcoming shows. We were certainly excited with the string of shows we had assembled to promote our new record “Despite Where We’ve Been” but like most people we have had to go to the drawing board. We have turned our focus on writing a new record in hopes of having two albums to tour when the dust settles. I like to think our live shows feel casual and inclusive, like your watching four friends perform and interact
on stage. One of my heroes in music is Fred Eaglesmith. In addition to writing great songs, he has this ability to hold an audience’s interest with the back story of a song and the odd joke. I admire those skills and it’s something I strive to bring into our shows. I think it’s important to distinguish here Fred Eaglesmith is one of Canada’s best so please take my comments as aspirational.

“Save Me the Run Around”, off of the new record, is one of my favourites. The recording mainly consists of the four main band members delivering a live off the floor take with the exception of adding Claire Coupland’s backing vocals after the fact. I always like the feel of a live take and I think it gives the best illustration of what our band sounds like live. I am also a sucker for a good sad song, and I think we did justice to the tradition while staying true to our brand of storytelling. I think we really got something right on that song.

I am fortunate to co-host a weekly songwriter night in Toronto at Wenona Lodge called “In Basements on Sundays”. We managed to keep this weekly series going for over 100 weeks before the pandemic shut us down. I got to witness many exceptional performances by Canadian songwriters, some of the highlights included Campbell Woods, Corin Raymond, Claire Coupland, Tony Dekker, Ben Kunder, Taryn Kawaja, Mike T. Kerr, Abigail Lapell, David Newberry, Bryce Jardine, Joel Jacobson, Danielle Knibbe, Stan Simon, and Rachel Cardiello who performs as Zinnia. I’m sure I’m forgetting some names but I’ve learned through our weekly that the songwriting talent in Canada is overwhelming.