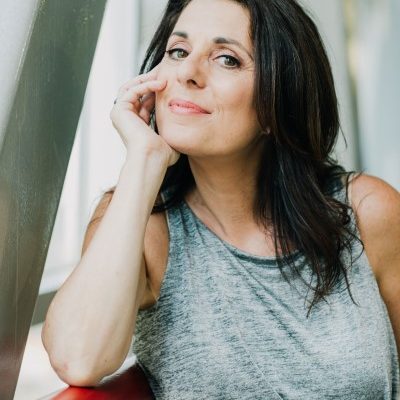 Each award-winning in their own right, American composer and producer Brian Banks and Canadian author, playwright and ex-MuchMusic VJ Erica Ehm have harnessed the power of music and story with the release of a new children’s series, Outta The Books — including Chapter 1: “A Wicked Competition”.

Reimagining classic fairy tales in a modern, meaningful way, Outta The Books creates a fun and fresh musical take on long-loved fables by showcasing storylines from some unexpected characters — the “extras,” if you will.

Season One is eight episodes and features all-original “StorySongs,” with a new episode available every two weeks via YouTube and digital music streaming platforms.

“The characters from Outta The Books are all familiar character types from the classic tales,  they’re just not the famous ones,” Banks explains. “They’re your everyday, run of the mill Fairy, Big Bad Wolf, Witch, Prince…

“Fairy tales can be mirrors to help us all understand our present lives,” Banks considers. “They’re also there to educate all children as to how the world works, so using regular characters to retell classic tales helps show that anybody can do great things.

“And because Outta The Books is a band, we’re also teaching teamwork.

“This project is rooted in musical theatre and designed to entertain, but I have always believed in the power of art to educate and connect,” he adds. “I hope people will see that these wonderful stories are incredibly relevant in the current complex and divided world we find ourselves living in.”

That said, an inventive multi-platform digi-series was not always the plan for Outta The Books; initially slated to be a theatre production for the Edinburgh Fringe Festival, the show was adapted to accommodate restrictions put forth due to COVID-19.

As such, scenes across all eight “chapters” were filmed entirely on iPhones, the footage elevated with upgraded microphones and the post-production magic of green screens. Actors completed their own make-up, lighting, and camera work, and Banks, Fisher, and Ehm attended each shoot remotely via Zoom from their respective bases in Los Angeles, Liverpool, and Toronto.

“This has been an extraordinary journey, and a very different one from the one I had anticipated,” Banks shares.

Check out Outta The Books’ Chapter 1: “A Wicked Competition” below, and find out more about Erica Ehm in our Five Questions With segment.

My name is Erica Ehm. You may have grown up watching me on MuchMusic. Maybe you know me from launching YMC.ca, Canada’s most influential platform for moms. What you probably don’t know is that I am always in the process of reinventing, writing, and creating new projects.

Tell us a bit about your writing style and how you got involved with OTB.

A mutual friend who works at Jim Henson production introduced me to Brian Banks, an extraordinarily talented songwriter and composer. He’d written 18 pop songs, each one based on a different fairy tale. He was looking for someone to write a show to highlight his songs. We met and there was a meeting of the minds. He let me go off and invent the world of Once Upon A Time, a wacky cast of fairy tale characters, and a musical band called Outta the Books. I’m so proud of the world we built, and the musical journey we take families on with our show.

How are you keeping creative without being in large groups? What are you spending your time on?</strong

COVID has given me the gift of time. I love to make something from nothing. With no social life or life outside my home for the last several months, I’ve had time to create. Brian and I had to re-write the Outta the Books show when COVID forced the cancellation of the Edinburgh Fringe Festival in Scotland where the show was supposed to premiere this summer. We pivoted and I rewrote the show as a family musical series for YouTube. We cast the actors from the UK and the US, including stars of the hit show Hamilton. We directed the show from our homes on zoom. Each of the actors shot their scenes in their homes against a green screen on their iPhones. The final result is pretty spectacular. You should check it out on YouTube! Plus, I just launched a podcast called Erica Ehm’s Reinvention of the VJ, where I catch up with the past stars of MuchMusic about how their time on-air made them who they are today. You can find it here.

If you were asked to suggest only a great story to read or podcast for someone to hear, which would it be?

Obviously, it would be to listen to my Reinvention of the VJ Podcast. You will hear the real behind the scenes stories of life at Much, with the added bonus of getting tips and inspiration to reinvent your life.