Home / Promos / Dean Brody is thrilled to share his new album and single Boys, released on November 18, with his fans

Dean Brody is thrilled to share his new album and single Boys, released on November 18, with his fans 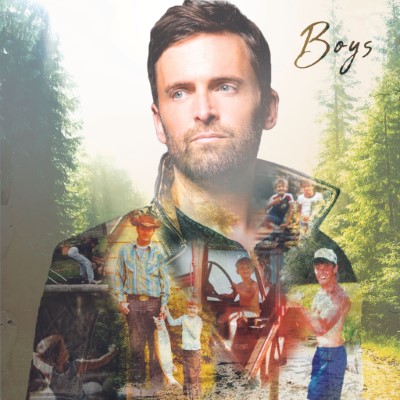 Dean Brody is Canada’s most celebrated country music artist and it seems that 2020 has been unstoppable for him. On November 18, this multiple award-winning singer-songwriter released his eighth album Boys, via his own record label, Scurvy Dog Music. This full-length album has eight tracks that include his back-to-back #1s “Can’t Help Myself” featuring The Reklaws and “Canadian Summer.” This collection really is emotionally filled and “takes fans on a journey with both upbeat party tracks and heartfelt love songs.” Boys remains true to Brody’s roots as a storyteller and this album does that in a way by bringing to life what it means to be a boy growing into a man through life’s most remarkable moments.

Boys was produced by Todd Clark (Phillip Phillips, James Barker Band, The Reklaws) and Matt Rovey (Alan Jackson, Billy Currington). Brody, although keeping with his traditional country music sound, he has entered new territory with this album, allowing him to really grow as an artist. Though created during the pandemic, Brody was still able to collaborate and work with fellow Canadians Donovan Woods (“Stay Up”) and Travis Wood/Emily Reid (“Boys”).

As well as the release of the album, Brody has also debuted his latest single and it’s the title track from the album. “Boys,” a duet with Mickey Guyton, tells the story of where one’s head is at between being a boy and being a man.

Says Brody of Boys and its release,

“My fans and I have created so many happy memories together with music as the soundtrack and I wanted to be able to keep that going, particularly during these unprecedented times. I love sharing my experiences through song and am so appreciative of everyone who has joined my musical journey this year, which is why I’m excited to share the next step with you – especially as this single features the incredible vocals of Mickey Guyton.”

In 2019, Dean signed with a new management team (Starseed Entertainment) and launched his own independent label Scurvy Dog Music. Earlier this fall, Brody hit one of his biggest career milestones when “Canadian Summer” was crowned Canada’s most-played track ever at Canadian country radio in a one-week period, landing the #1 position on the Nielsen BDS Country Airplay chart and the Mediabase chart. The single pulled in a record 1,817 spins, setting the record for the highest one-week spin total on the BDS Country airplay chart and surpassed the record he previously held on his duet with The Reklaws on the GOLD-certified “Can’t Help Myself,” his new label’s first single.