Home / Promos / Kayla Diamond shares new single, “i should have listened to my friends”

Kayla Diamond shares new single, “i should have listened to my friends” 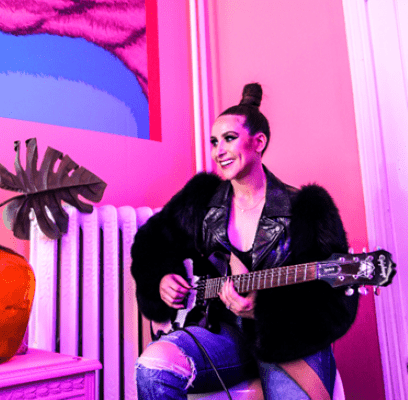 Since winning the It’s Your Shot Contest in 2015 with the track “Crazy,” Diamond has gone through a winding road of sound, writing and performing pop and electronic hits. After over a year of reflective consideration of who she wants to be, what music she wants to make, the pop swerve Diamond gave on her Dirty Laundry EP has now given way for the singer-songwriter to emerge, a moniker more authentic for Diamond to wear. Now, Diamond feels precisely who she is when she’s behind a piano. Or playing a guitar. Or sitting at her computer talking to producers about music composition, or even teaching herself how to produce songs.

“I think the biggest factor for me has been narrowing down exactly what makes me happy, and putting full confidence in myself as a writer, a producer, and an artist,” Diamond says. “I had what I call sound confusion. I think that’s the perfect term for it. I would have so many different writing sessions with so many different people and everybody would always want to write for me. But I would end up having a library catalog of a rock song, a pop song, a rap song, an EDM song—just a multitude of genres. And I was so confused.”

Diamond’s newest work, written over the past year, and produced in quarantine, still traverses traditional pop song pathways. Instead of adding electronic flourishes and elaborate production, Diamond has stripped down each track to its essential elements, allowing her vulnerability to shine through composition and lyrics.