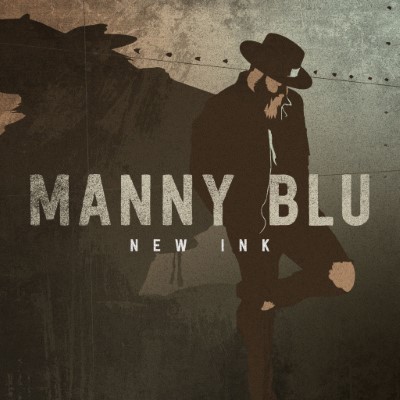 Manny Blu has just released his sophomore EP New Ink, a five-track collection that delivers an edgier, matured sound from the Montreal-native. In the lead-up to the release of New Ink, Blu has released three tracks from New Ink including “Born to Ride,” “Old Money,” and “Sink.” The most recent of the trio, “Sink,” dropped in September and is an infectious song written by Josh Osbourne, Ryan Tyndell, and Matt Jenkins. “Sink” is about hitting the bottom of a bottle of Jack while “watching it all go down the sink” after a difficult breakup. Despite the context of the song, “Sink” delivers a catchy country/rock sound fueled by a dynamic bass line that brings a steady groove throughout as Blu’s gritty vocals cut through with the storyline.

“New Ink, sonically, was made with the intention to go back to the reason I picked up a guitar in the first place — loud melodic guitars and big drums, with purposeful lyrics and storytelling” says Blu of New Ink. “I wanted it to be what you’re looking to play whether you are in a good or bad mood; something to blast through the speakers!”

With an amplified mix of country twang and a heavy rock & roll attitude, New Ink brings Blu’s rebellious vibe to the forefront, creating an original sound that highlights his blues and rock upbringing. Influenced by the likes of Brantley Gilbert, The Cadillac Three, and Jason Aldean, each of the five tracks heard on New Ink find a home in the “Outlaw Country” genre and are heavy with rock-based instrumentals. Recorded at OmniSound Studios in Nashville and produced by Aaron Eshuis, New Ink speaks directly to what Blu himself calls the “true heart” of the band’s live shows: “There’s more rock, more soul, and more volume this time around. It’s bigger and louder, but it’s still me. And more importantly, it’s still fun.”

New Ink is out now and you can check it out right here.