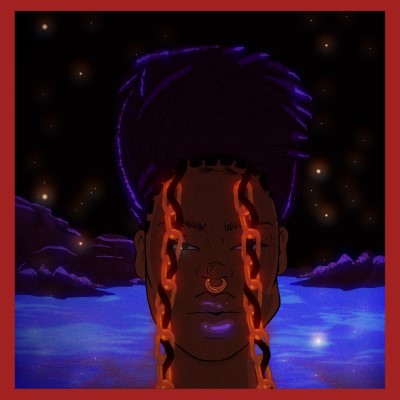 Friday the 13th may be perceived as unlucky for some, but Polaris Music Prize-winning (2019) Toronto artist, Haviah Mighty, continues to eradicate stigma through sound. On November 13, she released “Atlantic”, her first new single since her 2019 album, 13th Floor, continuing a trajectory of uncovering the unknown. Produced by Haviah and Mighty Prynce, “Atlantic” examines the ugly truths of money, the roots of unequal labour, and its impact on marginalized communities worldwide. Atlantic is also released with a visualizer illustrated by BlackPowerBarbie.

“We’re dropping “Atlantic” on Friday, November 13, a perceived ‘unlucky’ date, continuing the process of shifting thought away from discarding the unknown as we did with 13th Floor. The process of producing/labouring goods for little or no compensation, is the basis of large corporations and conglomerates prospering and why some of these corporations are so successful to this day. In the present day, we still collectively revolve around these concepts of money and value – the importance of it is instrumental to our livelihood – and with the media, misinformation and confusion of history, we labour and produce resources for big companies, and spend our little profits on the same resources our ancestors laboured – gold, diamonds etc. Even a lot of our food is still produced at the expense of marginalized groups of people,” Haviah says.

“This concept that we can’t escape is so disgusting, and the reason they say, ‘money is the root of all evil’. Specifically, the Atlantic Ocean was used as a vessel of support for these wicked practices, at the expense of my Black ancestors. We were forced to come to the Americas to make this idea of value stronger, bigger, better, with very little benefit. Now we are the ‘bottom of the barrel’ in the Americas, a disposition I explore with the lyrics ‘Never seen Atlanta, but we travel the Atlantic’. The singing vocals at the beginning and especially the end, are to represent our ancestors crying out – a reminder that they were so strong, so resilient, and still here, keeping us empowered. Our history is with them, and if we talk to them, learn from them, do our research – we will be stronger.”

Since the release of 13th Floor, Haviah has delivered an array of accompanying videos. Bag Up, directed by Keethan Krish and produced by Rack & Pinion, is a bold, fashion-forward look at Haviah stepping into her power. On Canada Day, Haviah launched her video for Thirteen, a song about the painful journey of Black people in North America. Referencing the Thirteenth Amendment abolishing slavery, the lyrics and illustrated video by Toronto artist, Theo Kapodistrias, expose the roots of systemic racism.

“Atlantic” marks the first offering of new music Haviah will share into 2021. While international touring remains at a standstill as Haviah eagerly awaits to get back on the stage to perform, she is staying creative in the studio and actively advocating for change in the community.

Haviah Mighty didn’t need to change her birth name when she decided to dedicate her career to music. In fact, Mighty couldn’t be more accurate a word to describe the artist, named one of XXL’s 15 Toronto Rappers You Should Know in 2019. Raised in a musical household in Brampton, Ontario, Mighty started singing at the age of 4, rapping at 11, and producing at 15. Well-known for being one of the three MCs who make up The Sorority — a hip-hop group born during an all-female cypher on International Women’s Day in 2016 — Mighty is making equally large waves as a solo artist.

Haviah has been releasing music independently since 2009, but it was her project, Flower City (2017), that propelled her solo career into further success. Mighty’s Polaris Prize-winning album, 13th Floor (2019), is her most fully-realized project to date – making history as the first Hip-Hop artist and the first Black woman to ever receive the award. Garnering overwhelming praise from the likes of Pitchfork, Billboard, Hot New Hip Hop, and Lyrical Lemonade to name a few, Haviah continues to carve out spaces that boldly defy gendered expectations for women in Hip-Hop.