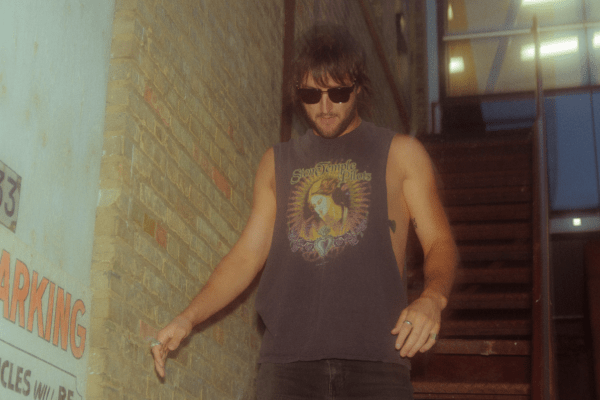 Saskatchewan’s Scott Klein has released his new single, “Comin’ For You”, an American folk-rock tale with a twist of British aesthetic.

Check out the single below, and find out more about Scott via our Five Questions With segment.

Ephemeral and timeless, Scott Klein combines sweet acoustics with smooth vocals to transport listeners to fantastical dreamlands. His musical composition transcends modern trends, evoking a feeling of timelessness with a sound reminiscent of the Beatles (if they were a soloist). Born and raised in Canada, solo artist Scott launches his debut single Comin for you, a true product of underground dreams and dark romance. Recorded at Skull Creek studios with defining instrumental and backup vocal accompaniment by artists such as Leot Hanson and Greg Beveridge, as well as produced by Aspen Beveridge. At first listen, Comin for you cracks any misconceptions on solo artist debuts. It touches notes and tones that are familiar to listeners and creates a sound that has multi-generational appeal.

I can really say anything about genre and influences, but it’s what comes out when I get out of the way from trying to control what comes out. The less control the better the more magic and more mystery. I have a ton of influence but the people I really pull from are timeless and real. John Lennon said it best in an interview, “I don’t know what I actually do with the thoughts it’s just whether it comes out on film paper or tape, I’ve just got lots of tapes I suppose that if I put it on paper I would have a book but it’s just a matter of do I want to make those tapes into paper or those tapes into records.”

COVID has put a damper on touring for now. My April 2020 tour of the west coast was canceled. Playing live is when the door opens, and the crowd and you conjure together. The goal is not to be able to tell the difference between you and the crowd.

My personal favourite song of mine is my next single coming out in February 2021 called “What’s My Name.” Maybe it’s because someone said it was no good, or maybe I captured a high percentage of its pure form I don’t know.