Scenic Route to Alaska release video for Time for Yourself 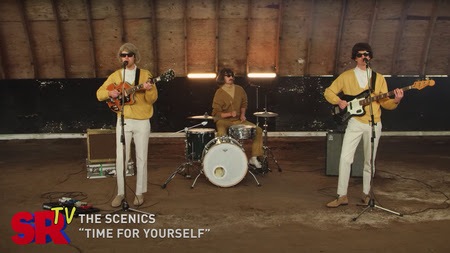 Edmonton pop trio Scenic Route to Alaska have shared their video for the title track of recently released LP Time for Yourself. The music video shows an alternate universe with the indie-pop band’s alter egos. The album was recorded at The Hive Studio on Vancouver Island, was produced by Colin Stewart and Scenic Route to Alaska, and features a more organic, unfiltered take on their now-signature sound.

The band—Trevor Mann (lead vocals, guitar), Shea Connor (drums), and Murray Wood (bass)—will be doing their first live-streamed show on November 21st from The Starlite Room in Edmonton to celebrate the new album. Tickets can be bought here for only $10 each, and they’ll be playing Time for Yourself in its entirety.